According to the US Fish and Wildlife Service, there are about 135,000 bears in Alaska. Of those, around 25,000 to 30,000 are black bears. With an estimated population of just over 500 Kodiak bears, these two subspecies are the most common in the state.

Most of the bears in Alaska live in remote areas where they dominate the ecosystem. They play a vital role in controlling the number and size of animals that prey on caribou, moose, and other large game animals.

Although they can be dangerous when attracted to human food sources (particularly carrion), they are mostly harmless and deserve our respect as one of Alaska’s most iconic species. 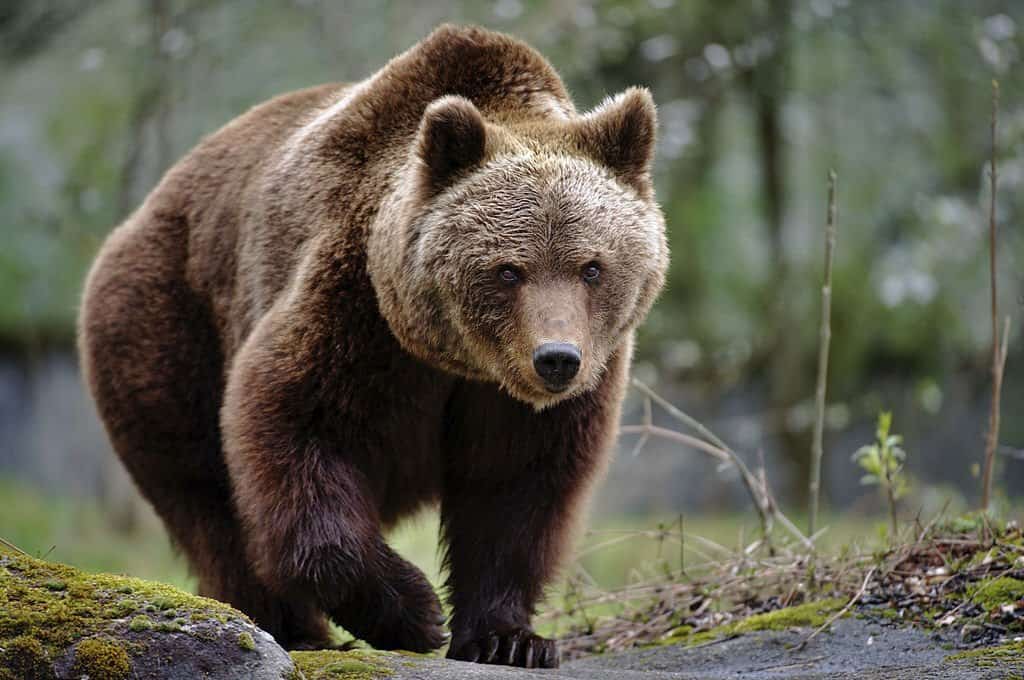 Brown bears are found in Alaska and they are one of the most popular animals in the state. People love to see them in their natural habitat and they are often photographed by tourists. However, brown bears can be dangerous and it is important to be aware of their behavior before you encounter one.

Brown bears are most active at dawn and dusk, but they can be active at any time of day or night. They typically live in forests, but can also be found in meadows, swamps, and tundra.

These bears usually avoid humans, but if they feel threatened or cornered, they may attack. 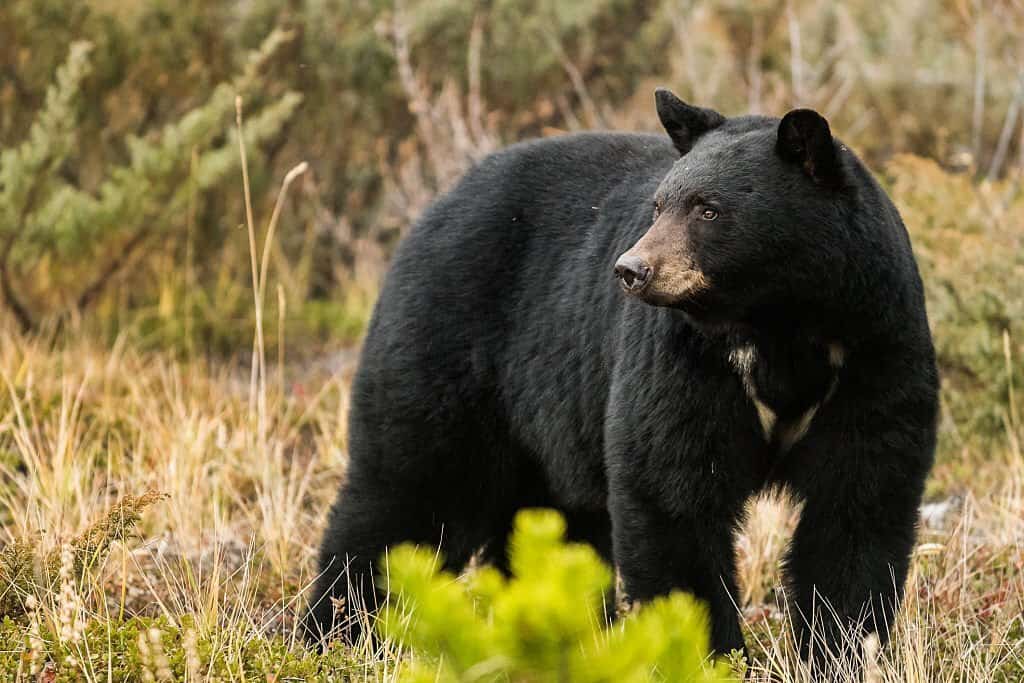 Found in Alaska, the black bear is a species of bear that is typically found in forested areas. These bears are known to be excellent climbers and often inhabit areas where there are trees present.

These bears typically live alone or in small groups and females will usually only have 1-3 cubs at a time. Although they are not typically aggressive, black bears can be dangerous if they feel threatened or if they are trying to protect their young.

If you see a black bear in the wild, it is important to give them space and not approach them. If you are hiking in an area where black bears are known to live, make sure to make noise so that they are aware of your presence and do not surprise them.

It is also important to keep your food stored properly so that bears are not attracted to your campsite. 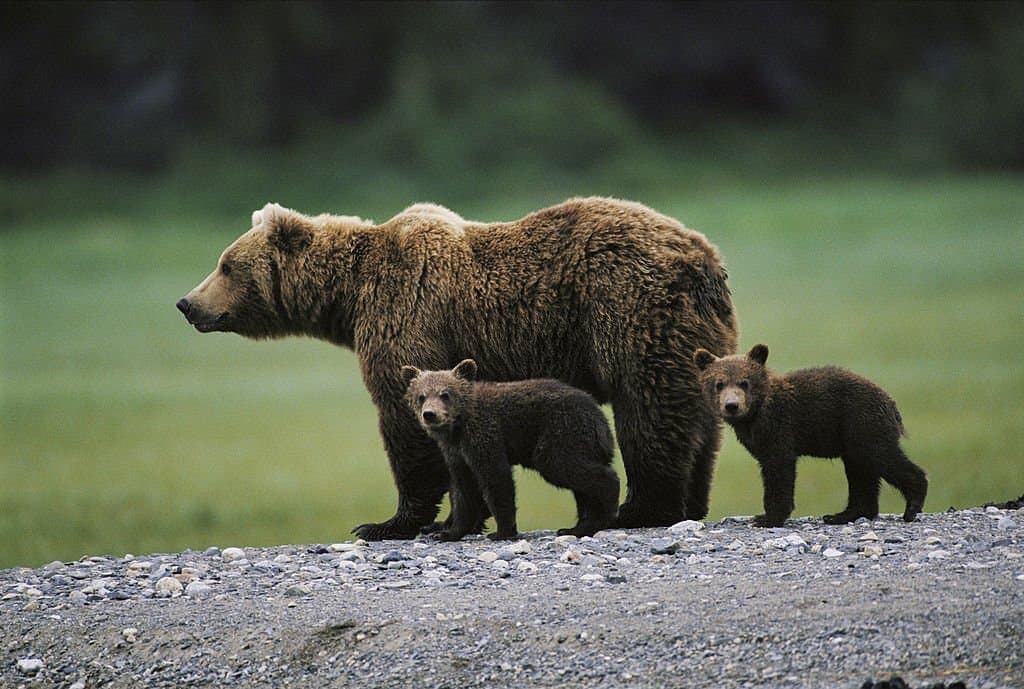 They are also one of the most dangerous animals in Alaska, so it is important to be aware of them when you are out in the wild.

These bears are mostly found along the coast of the Alaska Peninsula, but they can also be found in some inland areas as well. They typically live in areas with dense vegetation and plenty of salmon to eat.

Glacier bears are one of the most stunning animals you can find in Alaska. These massive creatures are easily recognizable by their white fur, which helps them blend in with their icy surroundings.

While they may look cuddly and harmless, glacier bears are actually dangerous predators that should be avoided at all costs.

These bears feed primarily on plants and berries, but they will also eat fish, small mammals, and carrion. Glacier bears have been known to attack humans, so it’s important to be cautious if you encounter one of these animals in the wild.

If you’re lucky enough to see a glacier bear in its natural habitat, consider yourself lucky. These animals are truly a sight to behold. But remember, they are still wild animals that can be dangerous, so it’s best to admire them from a distance. 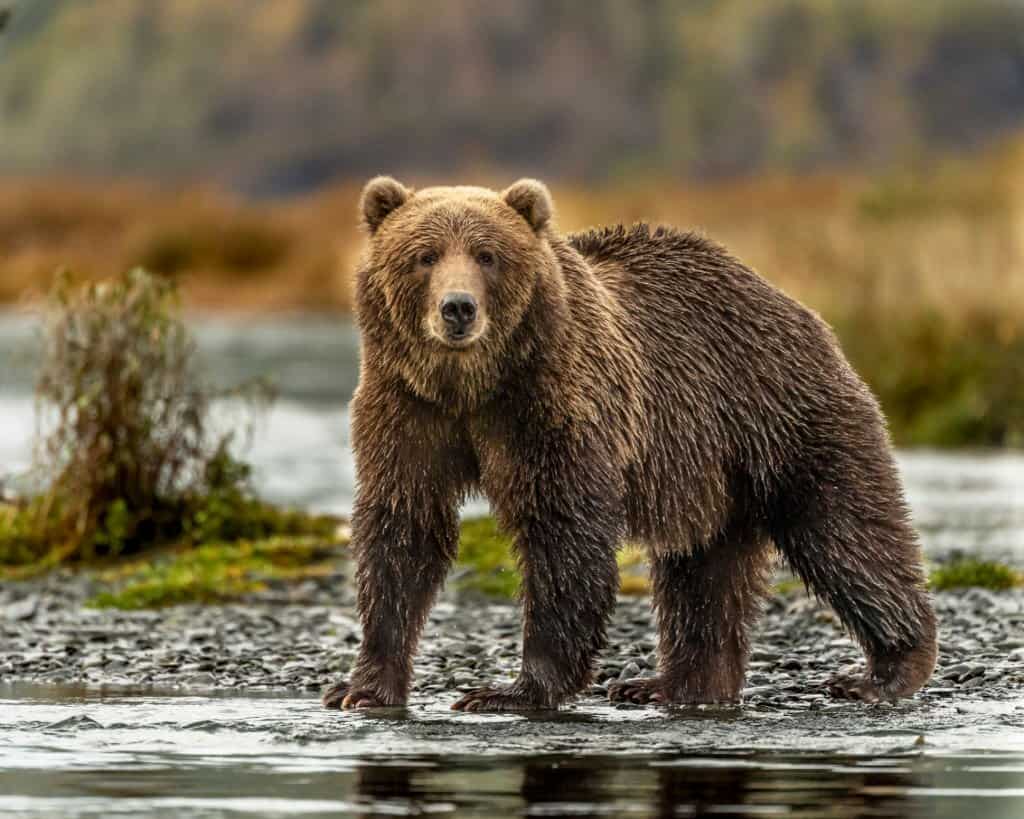 The Kodiak bear is a subspecies of the brown bear that is found exclusively in Alaska. These bears are some of the largest in the world, with males weighing up to 1,500 pounds and females averaging around 900 pounds.

Kodiak bears are mostly found in the Kodiak Archipelago, but can also be found on the Alaska Peninsula and parts of mainland Alaska.

These bears have a diet that consists mainly of plants, berries, roots, and insects. In the spring and summer months, they will eat up to 90 pounds of vegetation per day!

During the fall, their diet shifts somewhat as they begin to prepare for winter. They will eat more meat at this time, including fish, small mammals, and carrion.

This extra protein helps them put on weight so that they can survive the long winter months when food is scarce.

Kodiak bears are generally solitary animals, only coming together during the breeding season or if there is a plentiful food source.

Females will give birth to two or three cubs every three years or so, and these cubs will stay with their mother for about two years before striking out on their own. 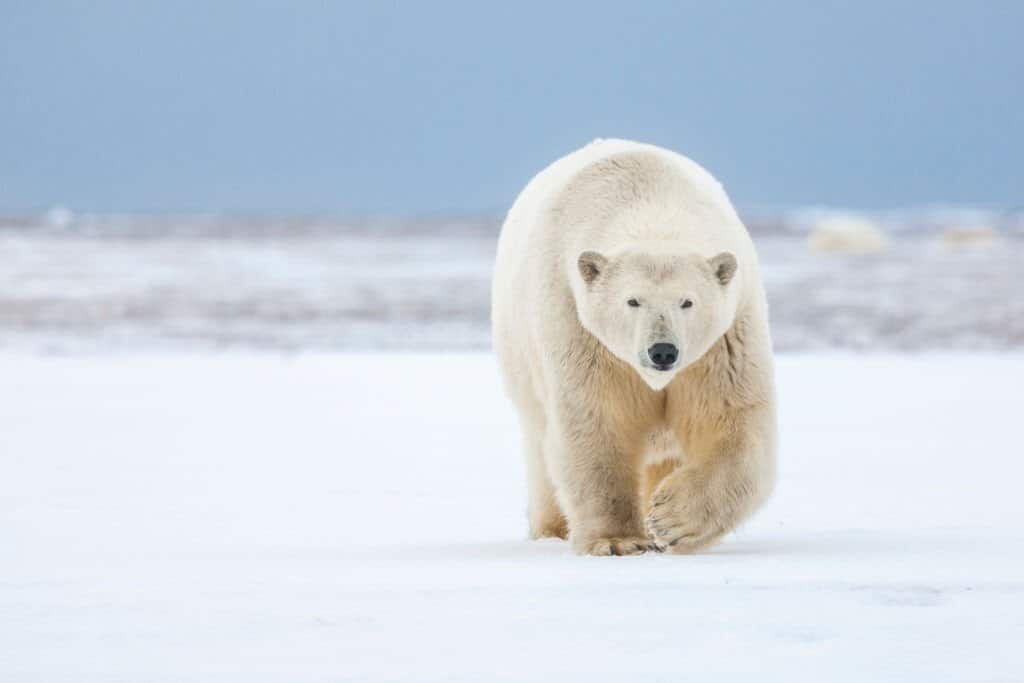 While polar bears generally avoid humans, they have been known to attack people if they feel threatened or if they are looking for food.

In recent years, there have been a number of attacks on humans by polar bears in Alaska, and these incidents usually end with the victim being killed or seriously injured.

If you are planning on spending time in areas where polar bears are known to live, it is important to be aware of the dangers that these animals pose.

By following these safety tips, you can minimize the risk of being attacked by a polar bear.

What Part Of Alaska Has Most Bears

Alaska is well-known for its large population of bears. But which part of Alaska has the most bears? The answer may surprise you.

Admiralty Island, located in Southeast Alaska, is home to an estimated 1,600 brown bears. That’s more than any other island in Alaska and more than double the number of bears found on Kodiak Island, which is the second highest island in terms of bear population.

So why does Admiralty Island have so many bears? One reason may be because the island has a large amount of food for the bears to eat.

There are plenty of salmon in the waters surrounding the island, as well as berries and other plants on land. This abundance of food helps to support a large bear population.

If you’re ever planning on visiting Admiralty Island, be sure to take precautions against encountering a bear. Bring along bear spray and know how to use it. Make noise when you’re hiking so that bears are aware of your presence and don’t startle them. And always give bears plenty of space – never approach them or try to get too close for a photo.

From this blog post, we have learned about the different types of bears found in Alaska. We have also learned that Admiralty Island has the highest concentration of bears in Alaska.

With this knowledge, we can better appreciate the majesty of these animals and the importance of their role in the ecosystem.