Despite the vastness of the animal kingdom, it is creatures like the beaver that are amongst the most well known. This is probably because they are so integral to the environment.  Most people don’t realize it, but beavers are one of those creatures that make the world go around. Without them, other important animals wouldn’t be able to survive in the wild.  So, can you eat beaver tail?

You can eat beaver tails. In fact, beaver tails are an extremely popular dish up north and considered the most coveted piece of the animal. Certain individuals have dedicated their entire life to perfecting beaver tail recipes.

Describing the taste of a beaver tail can be rather difficult for several different reasons. For one, there are a number of ways that you can prepare the meat.

Secondly, it is usually a taste that is closely related to other large rodents. For instance, a lot of survivalists would describe beaver tail as tasting similar to that of porcupine or squirrel.

If you’ve never had these two types of meat then this isn’t very helpful. However, it might help that the meat is naturally rick and oily in a similar way to that of pork.

Think of pork when you think of beaver tail. As mentioned, there are several different ways that the meat can be prepared. Some will cook it so it comes out tasting like a less fatty version of marmot meat, while other will slather it in so much butter that you’ll almost forget you’re eating a lump of meat.

Whatever the situation is, beaver meat is considered a delicacy as well as an important source of protein.

[Related Article: What Do Beavers Eat?]

How To Cook Beaver Tail 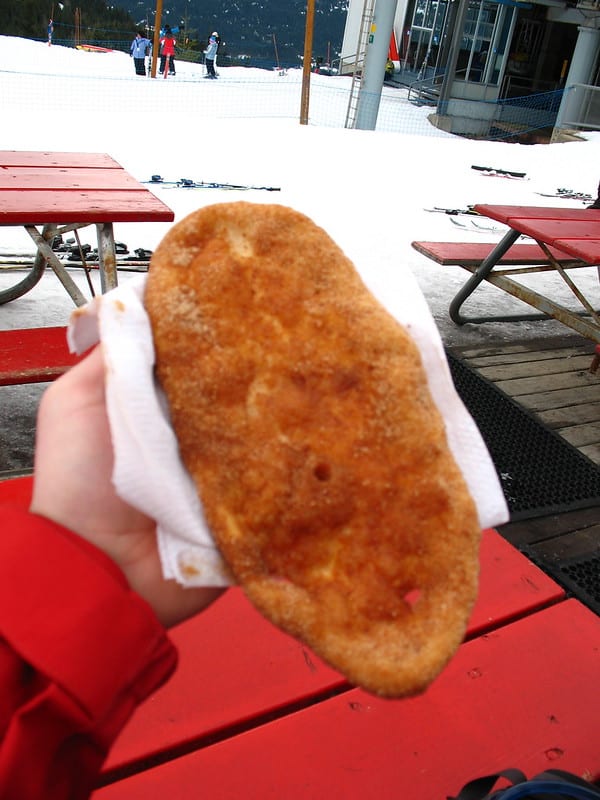 As you just learned, there are truly a number of ways that you can go about cooking beaver tail. However, one of the most popular ways to cook and serve it is on a stick. You will start by cutting the tail off the creature and inserting a stick where the tail used to attach to the body.

Most aficionados will prefer using a green willow stick. From here, you basically just hold the tail flat over an open fire and let it cook. You’ll have to rotate occasionally until the outer black skin bubbles and dries to the point where it can be easily peeled off. Pay close attention because the tail will start to curve as it heats.

It might even want to separate itself from the stick if not properly attached.

When you have reached this point, you will simply pull the darkened skin off just like you would if you were eating a baked potato. What should be underneath should be white, greasy flesh.

Unfortunately, this is not the end of the process. There is still more to go. Now, that the meat is exposed, you’ll boil it in a pot of water for an hour or more.

It may take longer or it may be quicker depending on the fire and the heat, but the goal is to get the flesh so tender that it’s easy to cut.

That being said, a lot of people like to enjoy said tail with salt, pepper, ketchup, or mustard. Regardless of your preference, the meat should cut easily and be tender to chew. If this isn’t the case then it is likely that you didn’t fully cook it.

You might be surprised to hear it, but beaver meat along with the tail can be extremely nutritious. In fact, this is one of the main reasons that some people consume it.

However, this is all going to come down to the way the meat is prepared and cooked. When cooked as described above or in a similar manner, you can expect a 100-gram serving to have a total of 212 calories with nearly 35 grams of protein and 7 grams of fat.

Unfortunately, it won’t offer any carbs, but it does boast its fair share of vitamins and minerals.

The tail of the beaver is not only the most recognized feature of the beaver, but it is the most consumed component as well. While most people don’t realize it, the tail is actually made of white meat once you remove the outer skin.

If cooked in the right manner the meat can turn out to be pretty nutritious. You can clearly see that it boasts an abundance of both essential nutrients and vitamins as well as a low-calorie profile.