You can eat a chipmunk. Given that the chipmunk is a member of the squirrel family, it is highly edible. This doesn’t mean that you’ll like the meat. But given the immense amounts of ways that you can prepare the meat, you shouldn’t have a problem finding a cooking method that suits your desires and tastes. 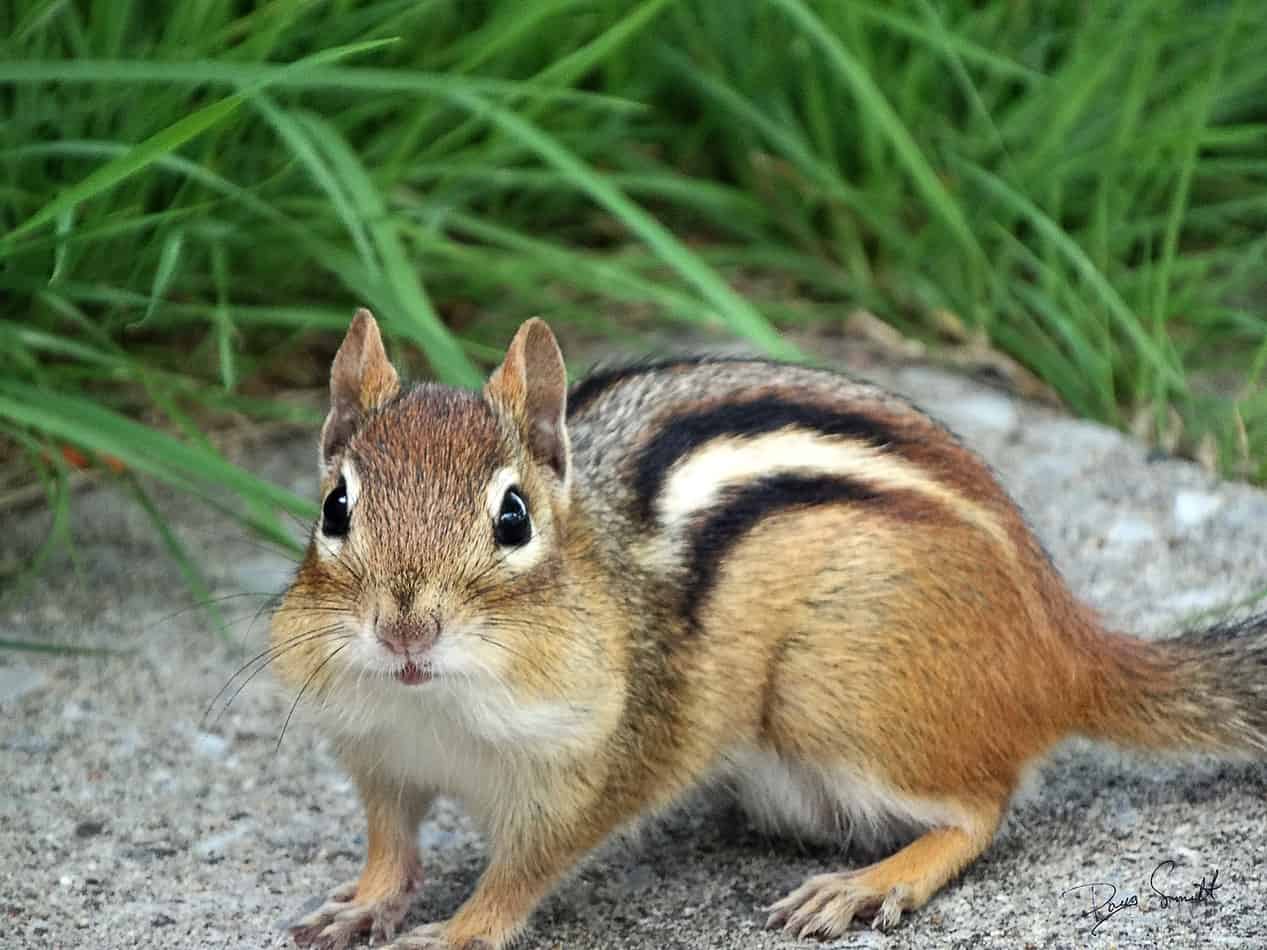 Once again, the taste of chipmunk can be tricky because it really depends on the way that you prepare it. You can make a roast out of it, you can turn it into patties, or you can even make a stew out of the meat.

READ  How To Attract Crows: [The Right Way]

You can expect the meat to be sinewy and tough because all the animal does it run around all day. Running around building lean muscles, hopping from tree to tree, and fence to fence.

A lot of people are turned off by this, and the best way to combat it is by rubbing down the meat then giving it a brief roast or broil just to brown the outside to add flavor.

After this, a long, slow braise will do the meat plenty of justice. Just remember that you don’t want to make it so tender that it is literally coming apart at the seams.

And, this is because there are thousands of little bones. You want it so that the meat is falling off the bone, not just going everywhere messily.

READ  3 Types Of Deer In Maine

There are several risks that come along with eating chipmunk meat, but there are also tons of nutritional benefits. The meat is high in lean calories, low in fat, doesn’t contain any carbs, and is packed with the essential minerals that one needs on a daily basis.

In a single 1 pound raw boneless piece of chipmunk, you’ll find calcium, iron, magnesium, phosphorous, potassium, sodium, zinc, copper, manganese, selenium, and fluoride. Not only will you find these minerals, but you’ll find them in abundance.

The other minerals mentioned are plentiful as well. Going back to the dangers of the meat, you do have to be careful when consuming the meat. This is especially true if it is coming from your backyard or a suburban setting.

It might likely contain poison where someone’s tried to kill them. However, good thorough cooking can usually eliminate the poison problem.

Although a bit gamey, tough, and sinewy, many people fall in love with the taste and don’t look back. When you consider all the potentials and the nutritional value, it only makes sense to add this meat to your diet.