You can eat seagulls. People in the Orkneys, Shetlands, and St Kildas used to survive on these large birds. That being said, it should be noted that these were the wild, fish-fed seagulls. It is likely that they wouldn’t eat the pizza-fed, vomit eating ones that are around today.

All that being said, there are really two main reasons that people don’t seagulls. There are a lot of Icelanders today that eat puffin, but most stay away from seagull meat.

The reason for this is because there are likely laws against it. There are times when the law does permit hunting seagulls, but most of the time, hunting them is considered illegal. 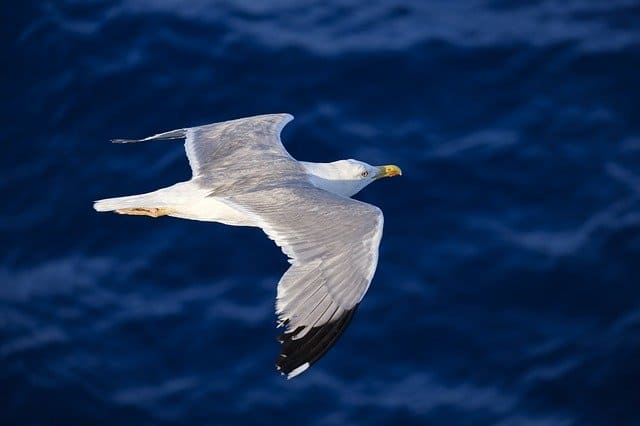 It is possible to clear out the intestines to limit the taste of fish or whatever else the bird might have eaten.

Cut the breasts immediately, rinse them in saltwater, let them soak in vinegar for a couple of hours, and then proceed with the frying. This will help deal with anything unwanted that the bird might have eaten. It might also dull out the gamey, oily texture and taste of the bird.

Along with all of this, you have to consider the fact that seagulls offer very little meat. Despite the size of the immense bird, it offers very little meat, unlike the chicken or turkey.

All in all, the seagull is entirely consumable, but most people avoid it because it is a lot of risks and work for little reward. However, the eggs of a seagull are an entirely different story. These are very good and little work, but you’ll want to verify that your local laws allow eating before indulging.

There have been a lot of poisons reported as of late due to seagull egg consumption, so it might not be recommended to eat them, but they are quite tasty.

Despite its taste and the oily texture, you might be surprised to learn that seagull meat can be high in protein. Lean protein that is good for anyone watching their weight.

READ  How To Get Rid Of Mockingbirds: [Top 6 Ways To Deter Them]

Combine this with the fact that you’ll only get minute amounts of the meat, and the seagull might be the perfect bird for someone on a diet.

That being said, for one cup of seagull meat, you’ll get 307 calories. Of these 307 calories, only 5 grams will be saturated fat. With 33 grams of total protein, no carbohydrates, and only 162 milligrams of cholesterol, you are looking at a pretty healthy little slice of meat in the seagull.

Islanders have been eating birds since the beginning of time. There are stories of people consuming all kinds of birds, including seagull. Some of these birds might even be quiet appetizing.

Unfortunately, this doesn’t seem to be the same with the seagull. While highly nutritious and low in fat and cholesterol, it simply doesn’t provide great tasting meat.