are unique creatures that are smarter than you could ever imagine. They’re also known as woodchucks and they’re a common animal across the United States. Unfortunately, they can create a mess in your yard but they will disappear during the winter.

This may cause you to believe that the animal is hibernating.

Groundhogs do hibernate from October to February. The duration of the hibernation depending on the location’s temperature. These animals hibernate because they know they’re going to have a tough time finding food during the winter months.

Therefore, they hibernate to survive throughout the harsh winter.

Why Do Groundhogs Hibernate 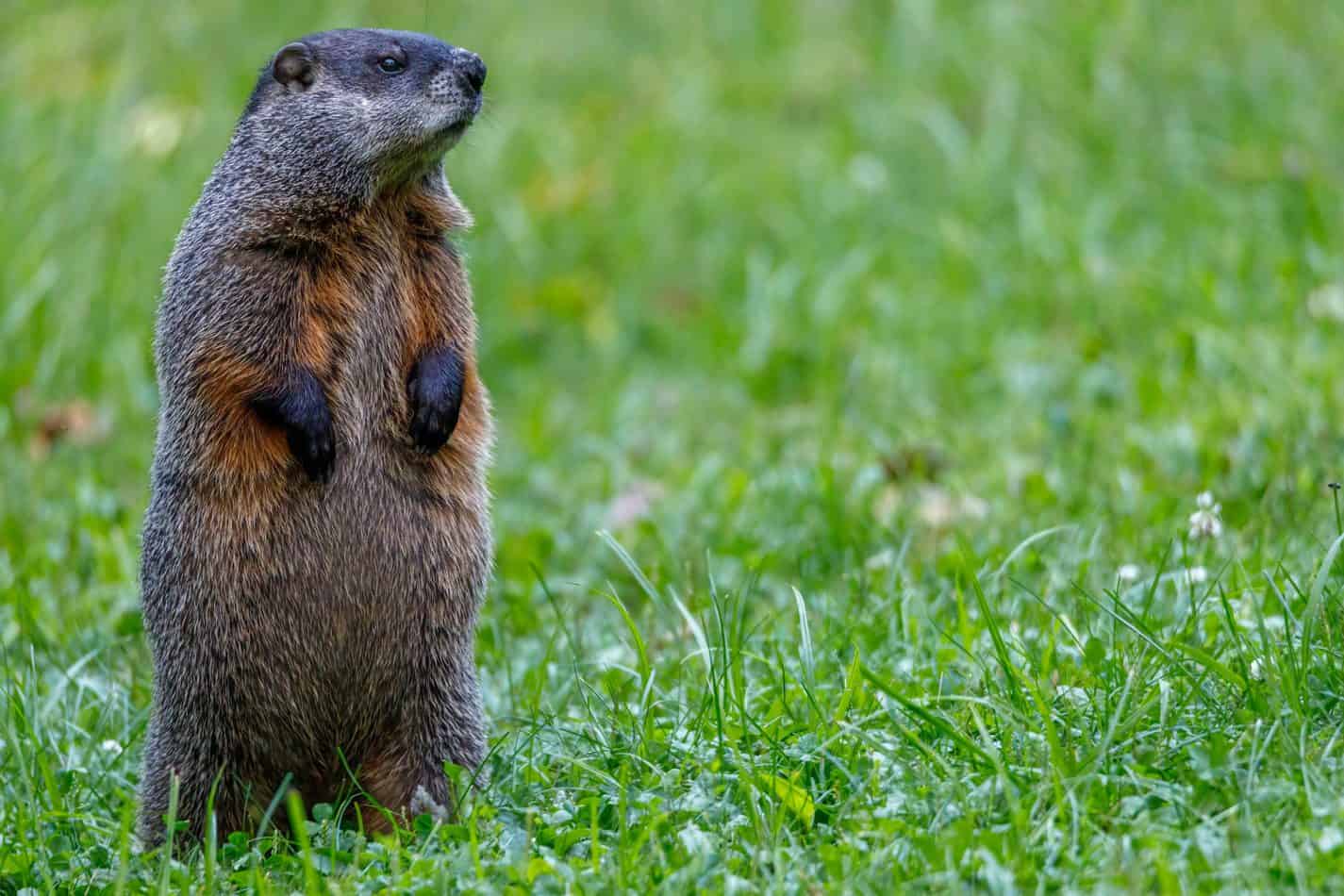 There are many different reasons for animals to hibernate. A lot of this has to do with the animal’s diet. Remember that these animals are herbivores meaning they’re going to eat mainly plants.

This can create a problem for the animal during the cold winter months. However, the animal will also eat insects and arthropods.

When winter comes around, the groundhog knows it is going to have trouble finding food to survive. So, it will decide that it is best to hibernate. Hibernating is a survival mechanism and ensures that the animal can make it through the winter.

During the hibernation period, the animal’s breathing and heart rate will decrease. It will lose weight too. To keep its weight at a safe level, the animal will stay hidden during the winter.

This allows the groundhog to save as many nutrients as possible while keeping its weight and heart rate stable.

Another thing to note is that the animal needs to chew to keep its teeth at an appropriate length. This will be harder during the winter because it won’t be able to find sufficient dense food easily.

Being unable to find enough food before hibernation could create problems for the animal during the hibernation process.

Groundhogs are smart so they know the winter is coming. With that being said, they will prepare early. They will make sure they have eaten enough food to survive.

READ  How To Attract Crows: [The Right Way]

During the last part of summer, groundhogs are going to put on weight. This will continue until the end of fall. The groundhog will save as much food as possible.

And, it’ll focus on fat sources such as apples, acorns, and walnuts. This ensures that the animal has enough food and a high enough bodyweight to survive throughout the winter. Alfalfa is a good dietary choice for a groundhog during this time.

Finding this leaf is easy during the late summer and it gives the groundhog all of the nutrients it needs. If the groundhog can access alfalfa it will be able to grow fat. Groundhogs with an alfalfa source will be three times larger than those without it.

If the groundhog wakes up early next spring, it will have plenty of time to begin building fat for the next winter. Groundhogs mainly eat plants making it more difficult for them to find leafy greens during the winter and close to it.

Animals that are willing to eat a wide variety of foods will be much more likely to make it through those tough winters.

Where Do Groundhogs Hibernate

In most cases, the groundhog will build a burrow separate from its home burrow to hibernate in for the winter. The winter burrow will be located in a brushy or wooded area like a forest.

The burrow is built underground just below the “frost line” where water will not freeze when the temperatures drop below 32 degrees Fahrenheit.

The winter burrow is rarely utilized as a source of transport for the groundhog. Its main and usually only purpose is to house the animal during the winter season.

The animal may never return to the winter burrow after the hibernation period is over.

What Do Groundhogs Do During The Winter

Groundhogs are going to hibernate during the winter. To do this, they will live in burrows that were bug previously. The burrows will have dirt piles near the opening.

You won’t see groundhogs during the winter because they’re going to remain inactive. Furthermore, their heart rates will down and their body temperature will drop to 39 to 40 degrees.

The heartbeat will drop to approximately 5 times per minute. Furthermore, the animal is only going to breathe twice per minute. Groundhogs will hibernate for a long duration.

Most will stay in this mode for several months starting in late October and ending in February.

However, it should be understood that the exact time depends on the animal’s geographic location. If the temperatures are higher, the groundhog will leave hibernation much sooner.

However, it will hibernate much longer if the temperatures are lower. Groundhogs in Maine will stay in hibernation for 175 days. Those residing in South Carolina will only hibernate for 65 days. 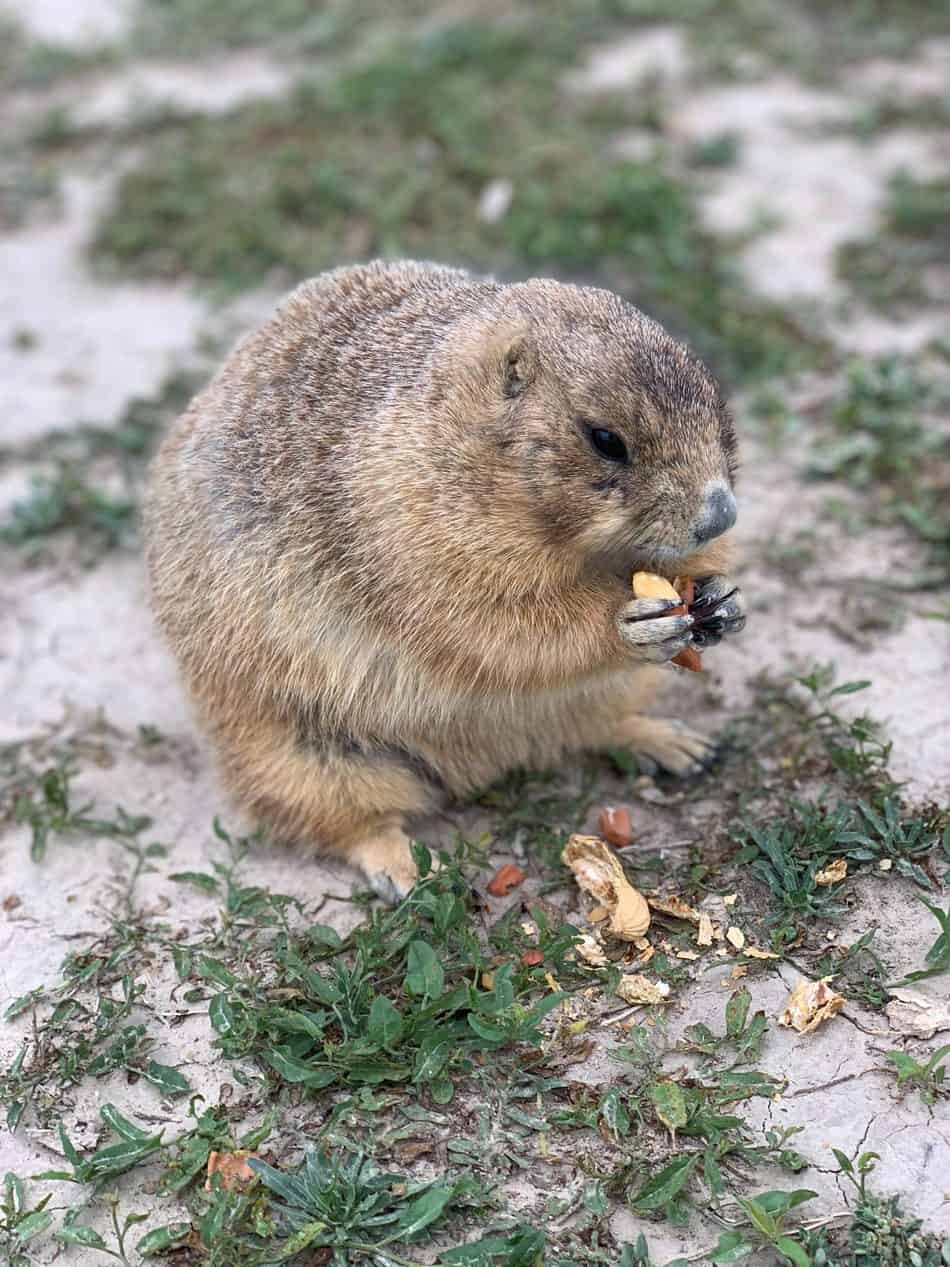 Once the hibernation period ends, the male groundhog is going to leave the burrow first. However, it won’t take long for the male to find and join females.

This means it is the perfect time to start the mating season. Mating typically begins in early spring which is the time when the animal emerges from hibernation.

The males will join female groundhogs near the end of the hibernation. They will develop a bond and begin working to build territories so they can make it through the next season.

You probably don’t need anyone telling you that it is celebrated when groundhogs awake from hibernation. Heck, there is a whole culture around the phenomenon.

This is something that is highly celebrated in many parts of the world and it has been coined Groundhog Day. You’ve likely seen some of the movies, know a bit about the lore, or participate in the event.

This day usually falls on the 2nd of February every year and marks the midpoint of spring and summer.

While this is a day that is celebrated throughout the world, it is most popular in places like the United States, Canada, Punxsutawney, and Pennsylvania.

The day is all about the groundhog and whether or not he’ll see his shadow when he emerges from his burrow.

The lore says that if the groundhog does in fact see his shadow then there will be another six weeks of winter. It will be also at this time that the groundhog goes back into hibernation for the remainder of these six weeks.

If the animal does not see his shadow it means that spring is just right around the corner. This is the outcome that most people hope for as they gather and wait to see whether or not the groundhog spots his shadow.

This is a tradition that got its start in Pennsylvania when the Germans first settled the area.

Believe it or not, the brought the tradition along with them and Americans have adapted to it over the years.

As you can see, there is a lot to groundhog hibernation. Knowing this information not only makes you a more informed environmentalist, but it could help you prevent a groundhog attack or prepare for one.

Using the information above, you’ll know that groundhogs are one of the only species that truly hibernate through the winter. This means that your garden or backyard will only be prone to attack during the fall months.

This will give you the adequate time that you need to prepare for a potential attack. Whatever the situation is, groundhog hibernation is an important part of nature and can play a key role in society.

This information was designed to make you more informed so that you will not only be able to do your part to help preserve the species but so that you can do your part to prevent unwanted attacks because as cute and cuddle as these creatures may see, they are anything but when they are ravenous and hungry.