The rooster is without a doubt one of the fiercest barnyard creatures, with its quick wits and razor-sharp claws. Throw in its short temperament, and you are looking at one bad bird that isn’t afraid of a confrontation. Short and simple, the rooster is symbolic of farm life, but that doesn’t mean that everyone always has one on hand. You might be surprised to learn that there are plenty of farms out there without roosters. This is because they are not needed as much as one might imagine.

Oftentimes, the reasons for having birds around are the eggs. Most people want those fresh, decadent eggs that they can either cook up or use to fetch a nice price at the market.

Roosters can not lay eggs because they don’t have reproductive systems like the hen. The only job of the rooster is to provide the fertilization of the eggs. They are not able to create eggs like a hen. If your chicken is laying eggs, you can rest 100 percent assured that it is a hen and not a rooster. The rooster is the male of the two, while the hen is considered the female. 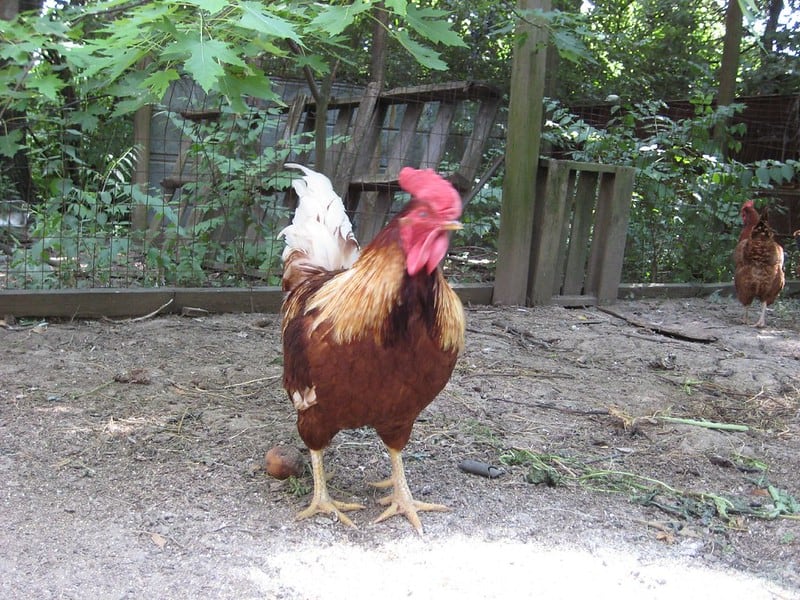 To get a better understanding of the rooster and chicken’s relationship as well as the egg-laying process, you’ll need to understand exactly how the chicken’s reproductive system works.

The first thing you need to know is that the reproductive system of a female bird consists of an ovary as well as an oviduct. The yolk of a future egg is first created in the ovary and later moved to the oviduct when it is ready.

In the oviduct, the remainder of the egg is formed, including the egg white that surrounds the yolk and the shell that encases the entire thing. This is a process that takes an entire time frame of right around 25 hours.

And, after this time is up, the egg will be ready to be laid by the hen. What’s even more interesting and efficient is that the hen will only need to wait a short 30 minutes before she can begin the entire process over again.

[Related Article: Do Roosters Have Balls?]

Roosters Are Not Needed For Egg Reproduction

You just read above that roosters are responsible for the fertilization of eggs. This is true, it might not necessarily mean what you think. That’s right, chickens can produce eggs without the assistance of a rooster.

How is this possible? Under the right circumstances, a chicken’s body can enter into and complete the reproductive cycle of egg creation without the assistance of a rooster. The rooster will only be needed if you want the eggs to be fertilized.

If you want the rooster to fertilize the egg, he’ll have to mate with each chicken in the flock. Any eggs that are then produced for the next three weeks will be what is known as fertilized eggs.

This means that possess the ability to hatch into baby chicks. A fertilized egg can hatch into a baby chick if it is set on by a chicken or placed in an incubator of sorts for at least 21 days or longer.

When Does Egg Laying Start 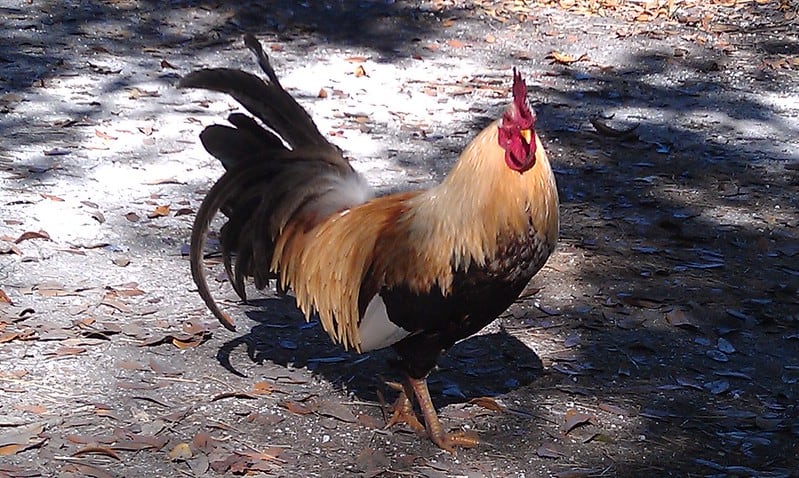 When a chicken reaches anywhere from 4 to 6 months old it’ll be able to lay eggs. Of course, this can vary from breed to breed, but this is the general age for all breeds.

The initial eggs that a chicken hatches will likely be much smaller and perhaps a little less oval-shaped as compared to the ones that you are used to. Don’t worry because those will come with time.

Think of the first few eggs as sort of a trial run for the bird. When the chicken reaches 7 to 8 months old, it’ll begin laying eggs more often as compared to when it first started.

[Related Article: Why Do Roosters Crow At Night]

In fact, the rooster is only needed if you are interested in producing fertilized eggs. If you just want eggs that can be cooked or sold, all you need are female birds.

When most people hear the term whistle pig, they are immediately going to think about a hog, sow, or boar. It is understandable as to why many might think this way.  The term pig makes you think of...

Continue Reading
link to Wild Rabbit Sitting In One Place: [Top 9 Reasons Why]