We all heard about wolves howling at the moon, but did you ever wonder if they bark like our own dogs do?

Wolves are capable of utilizing a wide range of vocalizations to communicate with their companies and enemies. This could include anything from a growl to a whine, a howl a yip, a yelp, a whimper, or even a bark.

There is almost no end to the types of sounds that a wolf can make.

In fact, it is relatively rare to hear a wolf bark. You will without a doubt probably hear him make all kinds of other grunts and sounds, but barking should be considered somewhat of a rarity in the wolf family. 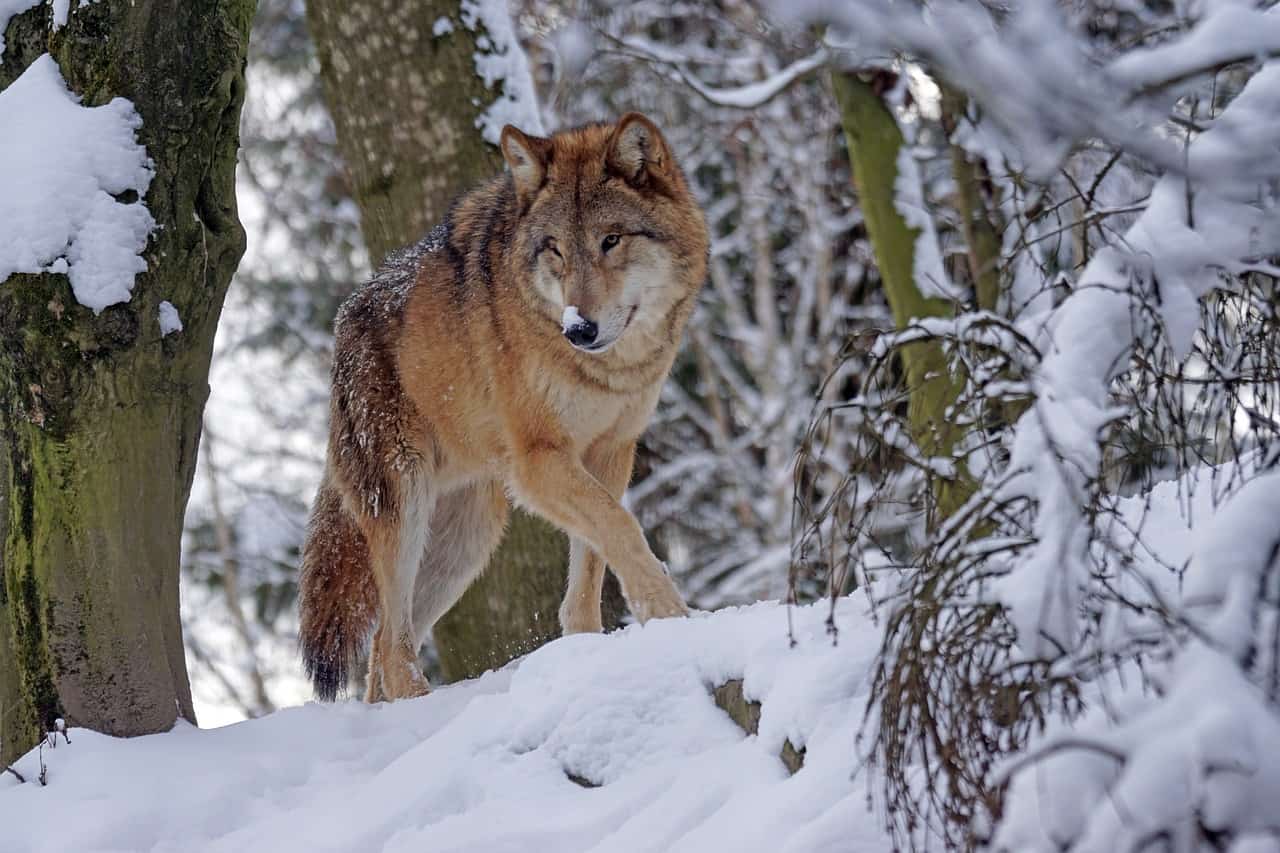 When most people think of wolf sounds or a wolf making a sound they are going to think of a howl.

And, this is because there are so many iconic posters, pictures, and scenes of wolves howling at the moon. Yes, this is something that they traditionally do and do a lot, but it is not the only sound that they are capable of producing.

That being said, howling is extremely important to the wolf as a means of communication.

READ  6 Types Of Hawks In Alaska

When they’ve lost a member of the pack or suffered a great loss, they’ll just set and howl and howl. Similar to the way that a dog will whimper around with its tail between its legs. Howls are sounds that usually occur among lone wolves but quickly evolved to include the whole pack.

This is something that is extremely common when wolves are trying to communicate over long distances.

You’ll hear howling not in unison but back and forth. As if the wolves are talking to each other because that is essentially what they are doing. These wolves are extremely vivid and can be heard for miles. Despite all of this, the howl is not as common as most people would have you believe.

In fact, a typical wolf will not generally howl more than once or twice a day. Instead, they’ll take advantage of other forms of communication.

A Look At Other Communicative Sounds 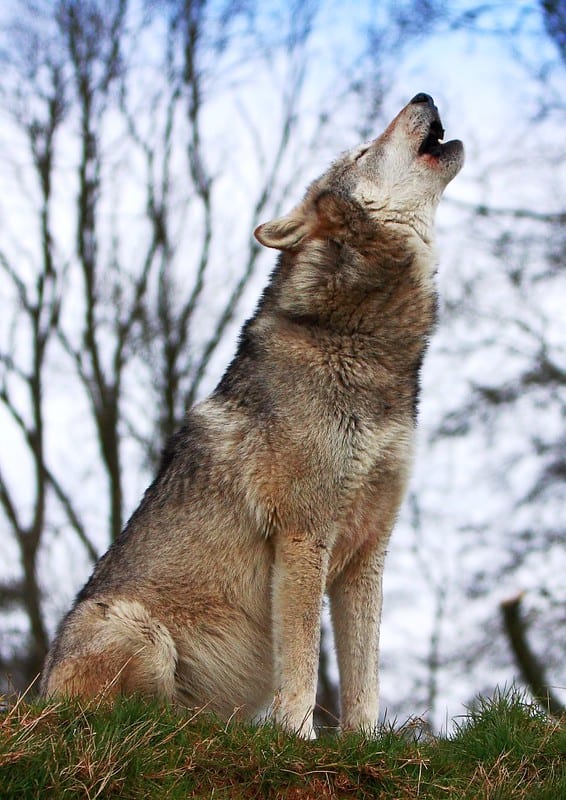 You might be surprised to hear it, but a wolf’s entire day can be filled with many types of sounds, although he only howls once or twice. Whines and whimpers are commonly used to express friendly interactions.

READ  How To Attract Cardinals And Blue Jays Like A Pro

A way to get the attention of other, friendly wolves. However, there are times when the very same whines and whimpers can indicate frustration and anxiety.

You’ll know the difference by likely interrupting the wolf’s body language. If they are acting happy, it should obviously be taken as a friendly indication.

On the other hand, if the wolf appears to be aggressive or scared, the whimpering and whining probably convey anxiety and feelings of uncertainty.

Growls and snarls, as you’ve probably guessed are threatening and defensive. Believe it or not, these are sounds that are most commonly directed at their own pack.

There is always a pecking order within a pack and wolves are very proud of their positions, especially the wolves that hold the higher, more important positions in the pack.

Growling and snarling will be used as a way to let other, lesser wolves know their place in the pack. On top of all of this, wolves will also bark throughout the day.

Back To Wolves And Barking

At the very essence, the bark of a wolf is used to express alarm. Think of it as the same reaction you’d convey when someone jumps out from the shadows and catches you off guard.

Barks can sometimes be used by the mother to communicate with her pups as well. It’ll obviously be a stern warning of disapproval.

Barking will let the younger pups know what they did was wrong or what they are about to do they shouldn’t. Simply put, in this manner, the barking will be a form of disapproval. Bark can, however, be combined with other sounds as well.

For instance, the bark-howl is not all that uncommon amongst the clan. This is usually used when the wolf wants to deter away intruders without being so loud that he draws any more unwanted attention.

This will commonly be used when another animal is nearing the den or getting too close for comfort.

A wolf will even combine a bark with a whimper or whine to indicate surprise or submission. When wolves add barks to other sounds, it adds a much greater depth to their communication.

The information above explains all the reasons that a wolf might bark or combine a bark with other sounds.

A typical domesticated dog, on the other hand, usually barks when he wants something or a particular need isn’t being met. If he wants food or water, he might bark.

They also bark when they are stressed or excited. While the barks of a wolf and dog might be similar, you can clearly see that they are for entirely different reasons.