Out of all the insects in the world, it has to be the wasps that are the most annoying and potentially dangerous. Not only are they capable of building large nests in your home, but they are aggressive by nature.

If a wasp thinks that you are invading its territory it will not hesitate to strike. And, the worst part is that wasps usually travel in packs.

If you see one there probably is a whole horde just lurking right around the corner. Given their aggressive nature and their innate ability to ward off intruders it would be more than troubling if one walked into an area of their home to find half-dead wasps everywhere.

The Types Of Wasps

Before you start learning about half-dead wasps in the home you need to know that there are more than one species of a wasp around. Yes, the paper wasp

is without a doubt the most seen and most common, but that doesn’t mean it is the only species around. There also exists the yellow jackets

as well as both the red and black hornets

All of these wasps are social and like to live in colonies where they can be exposed to other wasps. Paper wasps are usually pretty tame unless they are under attack, but yellow jackets and hornets, on the other hand, can be a bit more aggressive.

It might be a good idea to keep bee spray handy, if the problem is consistent. You can check the price of wasp and hornet spray on Amazon here

Most people are probably thinking right now that half-dead wasps are a good thing. If they aren’t alive, flying around then they won’t be trying to sting you.

In fact, you can pick a dead wasp up by its body and inject the stinger into your hand or other parts of the body and it will still release venom. So, what’s to say that a dead wasp can’t fall in your carpet or bed sheets, where you will later accidentally come into contact with it?

This is exactly what could happen and does happen in a lot of cases.

Cleaning Out The Colony 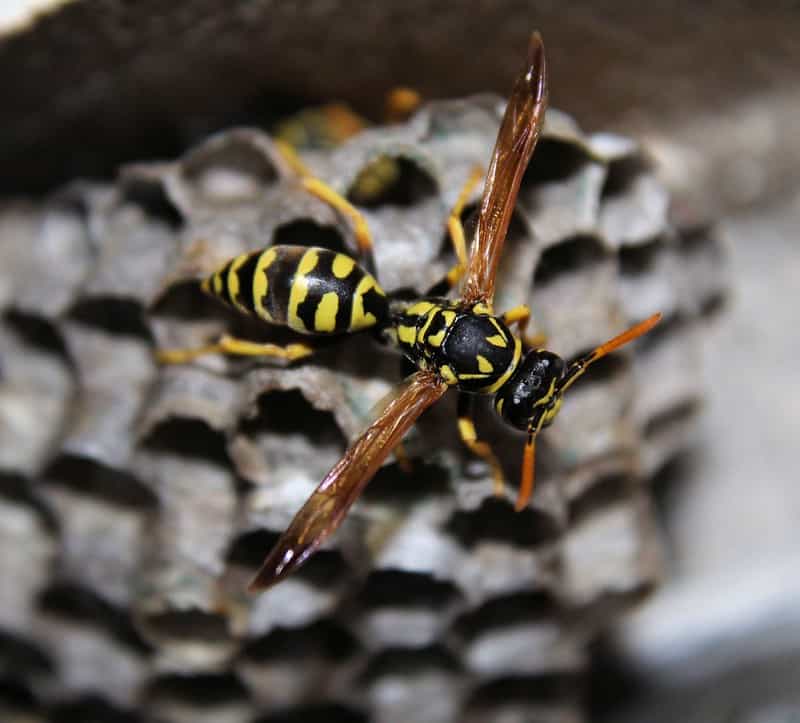 Another explanation for half-dead wasps everywhere is that they are simply cleaning out their nests or colonies. For instance, wasps are notorious for building colonies or nests in walls, ceiling, wooden structures, and window sills.

Simply put, they can build huge nests and colonies just about anywhere inside the home or garage.

In most cases, they will locate them inside the walls where they can’t be seen. So, if you are seeing an abundance of dead wasps around your windows or in your garage it could very well mean that there is a nest nearby and the insects are just preparing for the winter.

Anyone that finds themselves in a situation like this and cannot physically locate the nest will probably need to contact a specialist because there is a more than good chance that the nest or colony is buried deep somewhere within the confines of your walls or windows.

Understanding The Winter Nature Of Wasps

So, what exactly does it mean when wasps clean out their nests or colonies for winter? The very first and probably most important thing that you need to understand about wasps, male wasps, in particular, is that they live to serve their queen.

Everything is about their queen, their life revolves around their queen and their queen in the most important thing in the world. And, the purpose of the queen is to lay eggs when the weather is applicable.

Unfortunately, this isn’t good for the rest of the colony, especially when wintertime comes rolling around.

Male wasps only exist to impregnate the queen and keep the colony going. During the long winter months most of the male species will die off from overexposure to cold conditions, but this is not always the case. There are many that will even die off due to a lack of food.

Even sometimes infertile females and old queens will die off as well when the weather starts turning.

If the wasps do not already have a pre-established settlement they will seek out a warm place to ride out the weather. During this time the queen will enter what is known as the semi-dormant state. This will prepare her body for the passing of offspring when the weather suffices.

Wasps In The Home In The Winter 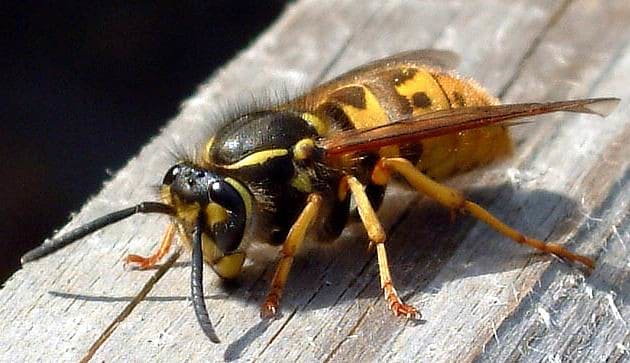 If you are seeing a half-dead wasp in the home during the winter it is more than likely a female. And, there is a very good chance that she entered through a crack somewhere and is looking for a place to outlast the weather.

If the queen dies then there goes the entire future of the colony.

All that aside, it should also be noted that queens sometimes do enter into what is known as a hibernation state until springtime. This usually only occurs when the winters are overly cold.

Of course, in order for her to successfully go into this state, there must be enough good nearby to sustain her throughout the whole ordeal.

This is, however, not the case when the winters are warmer. There are many cases during warm winters where the queen comes out of the hibernation state early and travels into nature.

Unfortunately, this is a bad idea because 99 percent of the time in these situations the queen will end up starving to death out there in the wild.

On the rare off chance that she does make it, she will simply look for a place to build her new colony and get straight to work.

At the end of the day, there is simply no denying that wasps are fascinating creatures. Of course, this doesn’t mean that you want them flying around your home.

Given their aggressive nature and innate ability to pass on venom even after they are dead it is always a good idea to do whatever you can whenever you can to keep them out of the home, even if they are half dead.

As you can see, half-dead wasps are just as dangerous as a fully animated one.