A fireplace is a unique home appliance that can make a home cozier as well as save the homeowner more money. However, fireplaces can sometimes be a lot of trouble. This is especially true when they start emitting problems. Some minor amounts of smoke in the home is tolerable, but when your entire living room envelops with smoke or all you can smell is burnt wood, you are truly looking at a bad situation.

Your house smells like smoke from fireplace? This might be because you are burning wood that isn’t fully seasoned or your damper isn’t open or is halfway jammed. Wetter wood will tend to be much smokier than drier wood. You can simply correct this issue by letting the wood cure a little more before burning it.

Blowing Out The Smoke

So, the correction for both issues is fairly simple. You either left the wood cure more or you check the operation of your damper. If your damper isn’t fully opening it is possible that there might be a mechanical issue, which will require the assistance of a professional.

Maybe, you just forget to full open the damper. Whatever the situation is, you are still left with a smoke-filled room. The best way to get rid of this smoke is by placing a box fan in the same room as the fireplace.

Now, place another fan in a window on the opposite side of the home. When you turn on both fans this will pull out the smoky air while you are drawing in new, fresh air.

Some homeowners will even go as far as placing baking soda around the space. Baking soda will help absorb odors.

Get Rid Of Ash And Burnt Wood

Just because you removed the smoke from the home it doesn’t necessarily mean that you are going to eliminate your smokey home smell altogether. In fact, if the house still smells smoky days after the incident, you might have to remove the ashes, burnt wood, and creosote.

The best way to do this is to take a shovel and get rid of the ashes. Place them inside a garbage bag and take them outside immediately once the fireplace is empty. In addition to this, you will want to remove any leftover firewood.

As for the creosote build-up, you might be able to get a professional chimney cleaner to come in and sweep the chimney. However, there are also a number of home remedies available online that can help you remove creosote build-up from your chimney.

Fireplace Smells In The Summer

The best thing you can do to stop the odor is to buy “fireplace Deodorant” like this one on Amazon, Fireplace & Stove Deodorant

Fireplaces are without a handy appliance to have around. They not only offer a more inviting atmosphere, but they can save you a bundle of money in energy costs. Finding the right wood that can burn at high BTUs for a long number of hours is key to saving on electrical costs.

However, those are not the only costs that you will experience with a chimney. A chimney is a big responsibility and requires lots of maintenance. If you do not properly maintain your chimney it is possible that you might end up with some unwanted summer smells.

One of the biggest reasons that most people experience smells during the summer is because of the negative air pressure effects. When summer arrives most people seal their chimneys. This pretty much means that the air inside the chimney can only escape through the home.

READ  Creosote Sweeping Log [Everything You Need To Know]

When the home is sealed too tightly it can cause such odors to seep into the home rather than out the chimney or roof. There are several ways that you can combat this issue. First, you can keep the fireplace damper closed when the fireplace isn’t being used.

If you do not have a damper or it isn’t sealing properly, you can always invest in a glass screen. A glass screen is also an excellent option for homeowners that want to leave their fires burning when they leave for work. These screens will prevent embers from escaping the hearth and starting fires.

Too Much Soot And Creosote Build Up 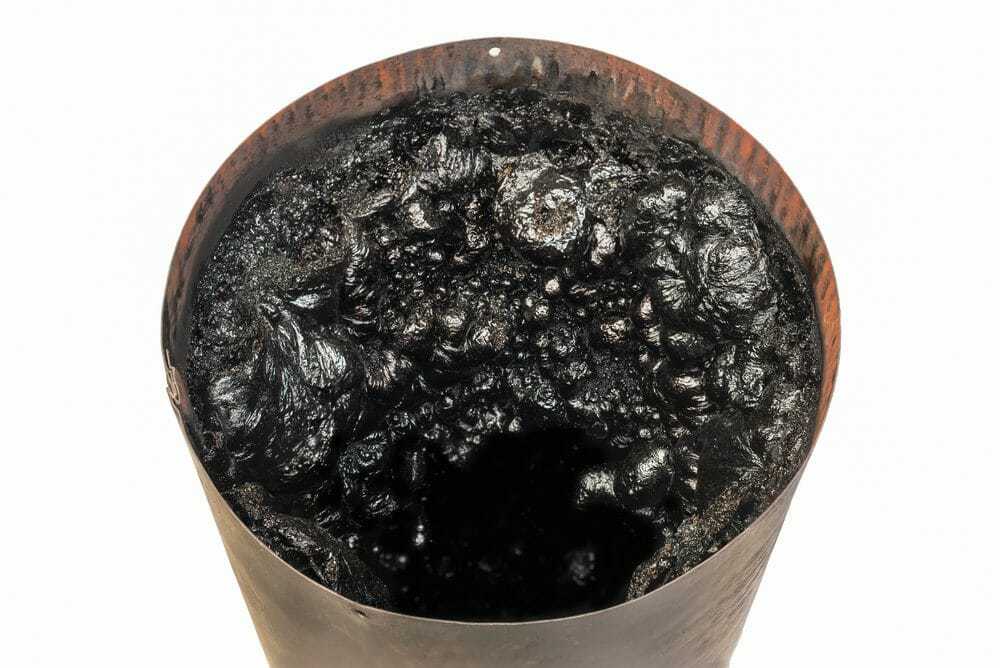 A chimneys number one enemy is creosote build up. It’s number two enemy is soot. When you combine these two enemies together in one little cozy space like the chimney, you are truly looking at a dangerous situation. Add fire and you get an even more dangerous situation.

You will know immediately if you are dealing with excessive soot or creosote build up because the fireplace will produce an asphalt or barbecue smell. The sad truth of the matter is that there is no way to completely prevent creosote and soot build up.

The only thing you can do to lessen the damage is to make sure that you are getting yearly cleanings. Burning seasoned wood is another good way to eliminate such build up.

READ  Do Copper Nails Kill Trees: [Answered & How To Do It]

Whatever the situation is, water in your chimney is going to lead to moisture, which will later lead to unpleasant and unwanted smells. The best way to tackle this problem is by installing a chimney cap. Moisture is double the worry because it not only produce unwanted smells, but it has the potential to rust key components like the damper or damper housing.

All this means is that you are going to be doling out more repair money.

Your chimney is a magnet for birds and other creatures. It seems like birds want to build their nests right at the chimney cap so they can take advantage of the heat. This is where you need a chimney with a mesh cap.

If birds or other creatures are allowed access into the chimney they are going to probably get trapped and die in there. This is going to produce unwanted smells.

And, birds are just of the smallest creatures that enter the chimney. Homeowners have found everything from raccoons to decomposing squirrels in their chimneys.

Do you live near a lot of trees? Well, those trees create leaves that die during the winter. When these leaves die they fall off and have the potential to enter the chimney just like they do the gutters.

If these leaves persist in the chimney they will produce a rotting small. The best way to combat this is to get the chimney cleaned or make sure that your chimney cap is leak-free and up to date.