To some individuals, a crow

might seem like a dark and ominous creature. In fact, there are some individuals that are completely freaked out by crows, given their black appearance and aggressive squawking nature. This makes sense given that crows are usually depicted as a sign of something bad to come in most big Hollywood movies.

Heck, there are entire movies about killer crows, but you have to remember just that. These are just movies. This is not to say that crows can’t be dangerous because any feral animal can be dangerous, but crows can also have a warm, nurturing, and caring side, unlike anything you’ve likely seen before. Interacting with them could even completely change their nature. How do you befriend a crow? 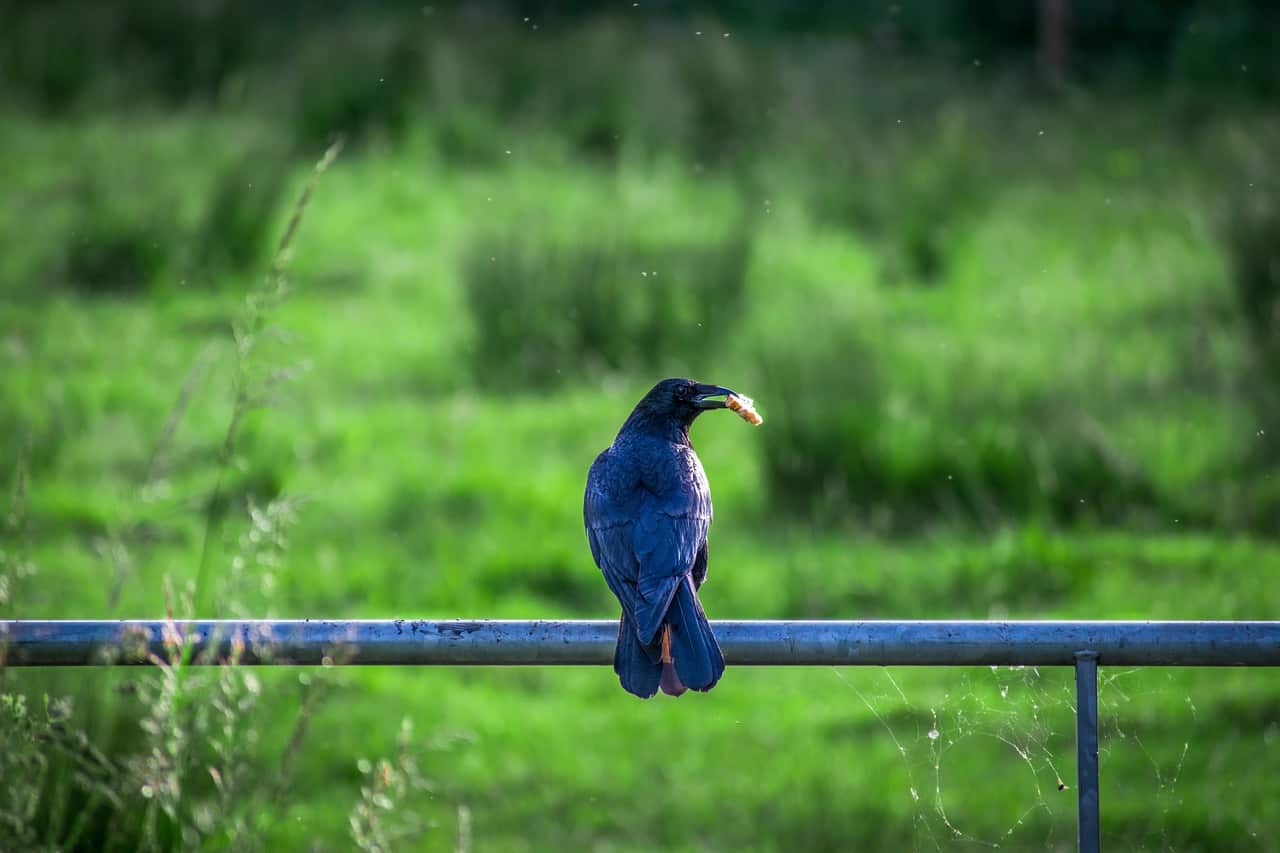 How To Befriend A Crow

Working your way into his or her heart won’t be as simple as just feeding them. Here’s where you want to start:

1. Establish Regular Feedings: To start out, you’ll want to develop some kind of schedule. You want the crow to know when he or she can expect you and when you can expect them to show up. This is crucial because if you don’t establish a rhythm right away, you may likely never get the relationship to a serious level.

2. Never Overdo It: You do need to be careful about how and when you are feeding your crow. You don’t want it so that he or she becomes dependent on you for their three meals a day. No, you only want to feed them once a day, and only feed them enough to get by for one meal. Just a handful of something every now and again to show that you care is enough to spark up a friendship.

3. Always Be Respectful And Observant: Most crows are used to eating food right off the ground, but that doesn’t have to be the way that you feed your new buddy. In fact, you want to be respectful. Always make sure that you are staying at a reasonable distance after placing the food out. You can even place the food on a dish or plate.

What exactly does this mean? It means that they are really pretty open-minded about what they’ll eat.

In fact, you can feed them anything from vegetables to insects, berries, kibble, popcorn, kitchen scraps, roadkill, and even vomit.  If you do a bit of research, you’ll even find a number of individuals that swear the creatures show an affinity for food wrapped in fast-food wrappers.

Given the number of crows that you’ll see hanging out in the parking lots of fast-food joints, this really makes sense.

Why Would You Want To Befriend A Crow 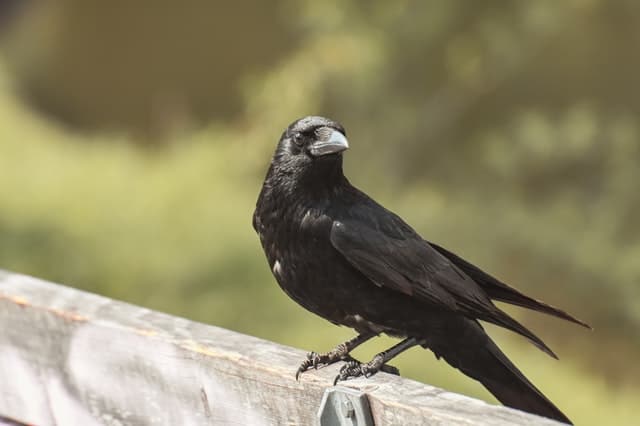 Before you start learning about crows and how you can become their friend, you must first look at why you would want to do this in the first place. If you are already thinking about the process then it is likely that you already have your own personal reasons for wanting to do so.

However, there might be some added benefits to befriending the animals that you weren’t even aware of. First, a crow is going to provide excellent companionship. They’ll show up every day in the same spot and interact with you just like a cat or dog would.

Besides that, it might be likely that you remember the little girl who became a complete Internet sensation when she befriended a group of crows just by feeding them. Of course, there is a whole lot more to it than that, but this is just what was reported.

Well, in 2014 in the Seattle area, there was a young girl that supposedly started feeding neighborhood crows. This went on for a couple of years and the crows start leaving her little gifts behind every day.

They’d leave everything from shiny buttons to paperclips behind for the little girl as a means of a thank you. She documented the entire thing and became an Internet sensation. Many people were inspired by this story and started the process themselves. Maybe this is why you are looking to befriend a crow.

Maybe you have other reasons entirely. Whatever the situation is, befriending a crow takes a lot of time and work. This is not to say that it isn’t worth it, but just know that you are going to have to put in the work.

Some Crows Can Be Picky

You might even find that some crows are picky about what they eat. Things aren’t really what they used to be for the species. There are fast-food joints everywhere and people are throwing food on the ground all the time. In fact, some people throw bread and other food waste on the ground with the sole purpose of feeding the birds.

You combine this with the neighborhoods of accessible trash cans, and it is pretty easy to see how crows could literally have their pick of what they wanted to eat. You’ll even find them in fresh gardens so there is also that.

Simply put, this means don’t be deterred right away if your crow of choice is eating what you are putting out. This might not mean that he or she wants nothing to do with you. It might just simply mean that they are picky eaters, as they have access to a wide range of food supplies.

You might just have to try a variety of foods before you actually find one that sticks. Some of the items that you’ll probably want to start out with are unsalted peanuts, boiled eggs, any table scrap, or even cat or dog food might even work.

One thing you must know right away about crows is that they are a skittish species. They are never going to come running like a cat or dog after you place the food down.

In fact, this is probably one of the main reasons that the species has thrived for as long as it has. Don’t just expect to toss out some peanuts and have the bird swoop down and pick them up right away.

They may not even swoop down and take the food until you go back inside or are out of sight.

Remember, these are wild animals and trying to keep one of the birds like a songbird is illegal in most states. If you want a pet like this, you should consider getting one for a pet shop.

You are going to have to learn to appreciate these guy’s charms from afar. Now, this doesn’t mean they can’t be affectionate and caring. They are going to do it in a different manner than what you are probably used to.

Crows are going to take their own sweet time deciding if they like you or not, but once that trust is there, it will be something that is never forgotten. You might get the cold shoulder at first. They might even completely ignore everything you put out for the first couple of weeks or months, but this is not something that should be taken personally.

It doesn’t mean that you should give up on your pursuits either. It’s all about survival for this species, and this is how they survive. Just give it a bit of time and stay persistent.

You can clearly see that befriend a crow comes with a lot of benefits. Not only could you create a budding relationship, but you could create a long-lasting one that could go on for years and years.

That being said, you have to remember that this is going to be a much different relationship than what you are probably used to. Learn to respect the crow’s boundaries, adapt to their living standards, and you’ll have a companion for life.