Nature is truly remarkable when you sit down and think about it. Just the act of giving birth alone is enough to memorize and astonish some of the great minds of our time.  What’s even more impressive are the traits and characteristics that get passed down with genetics. For instance, you can have a white mother and a black father and the son might come out white.

Coydogs are identified by their typical dark neonatal hair color, their triangular ears, or their piercing eyes.

It isn’t and this is why it is pertinent to know and understand more about these animals just in the event that you encounter one.

What Is A Coydog 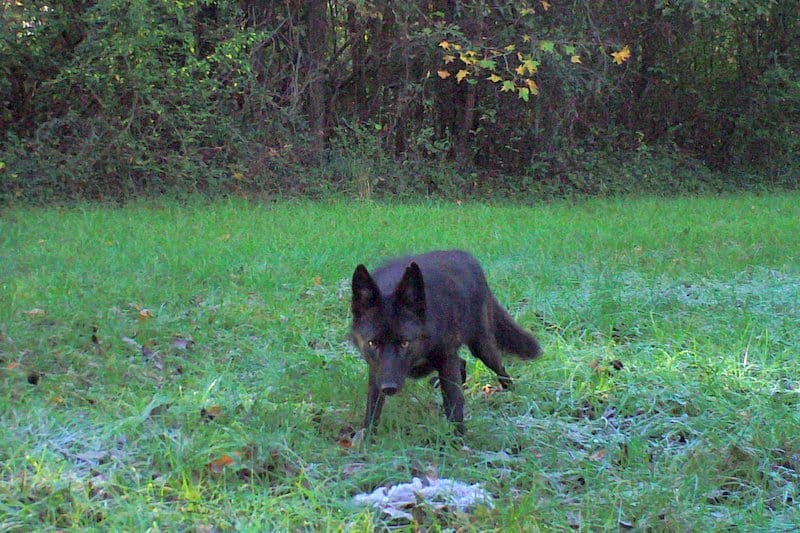 They are extremely rare and these animals are sometimes referred to as coywolves up north, where they are only occasionally found in the wild. You’ll only find them in other parts of the world if they were intentionally bred.

Coydogs are very much like children and tough to handle, but they are even tougher to breed. And, this is because of the limited breeding season of the coyotes.

Coyotes typically only mate between January and March, which is before domestic females even think about going into heat. Such animals can appear in different forms depending on the breed of the dog of the mother dog, which makes them even harder to identify.

Unfortunately, there isn’t much known about the history and origin of the coydog. In fact, many people have believed them to be a myth, although several breeders have produced actual live video footage and proof of the breed.

That aside, it has been believed that the breed has been around for centuries, and a lot of evidence of the origin of this animal points to the people of Teotihuacan.

You learned above a bit about the appearances of coydogs. Most people identify them by their piercing eyes, however, each spawn will likely look different, depending on the mother that it comes from.

Their temperament, personality traits, and sounds are also something that might help with identification.

As far as sounds go, there are a number of reasons that coydogs will howl. It is obviously in their nature given that they come from the coyote family, but there are also various other reasons as to why they might raise their voices. The sound will sound very similar to that of a wolf or coyote.

The only way to tell the difference between the two is by listening for short howls that often rise and fall in pitch. These howls will also sometimes be punctuated with staccato yips, yaps, and barks.

Coydogs are, however, known for making a varying range of sounds and these sounds will be interrupted as different things.

READ  Types Of Deer In Alabama

Breeding and raising coydogs can be quite a challenge as well. This is not to say that it won’t be rewarding in the end, but it’ll be quite the challenge. And, part of this is due to the fact that puppies aren’t as playful and outgoing as other breeds of dogs.

This doesn’t mean that you can’t force interactions with other people and pets, in fact, this is something that is encouraged if they will be living with these pets and people when they get older.

This is just to say that they likely won’t interact on their own. A coydog’s behavior and mood can also greatly depend on the type of dog that it was bred with.

The individual traits of a coydog could potentially range anywhere from shy to gentle, fearful, friendly, aggressive, or even biting. Going back to sound, here is another neat thing that should be noted about younger coydogs. Unlike their adult counterparts, they inherit the ability to gape.

Instead of snarling or growling like it’s coyote parent would do when threatened, the young coydog will make a hissing noise that this eerily reminiscent to that of a cat. 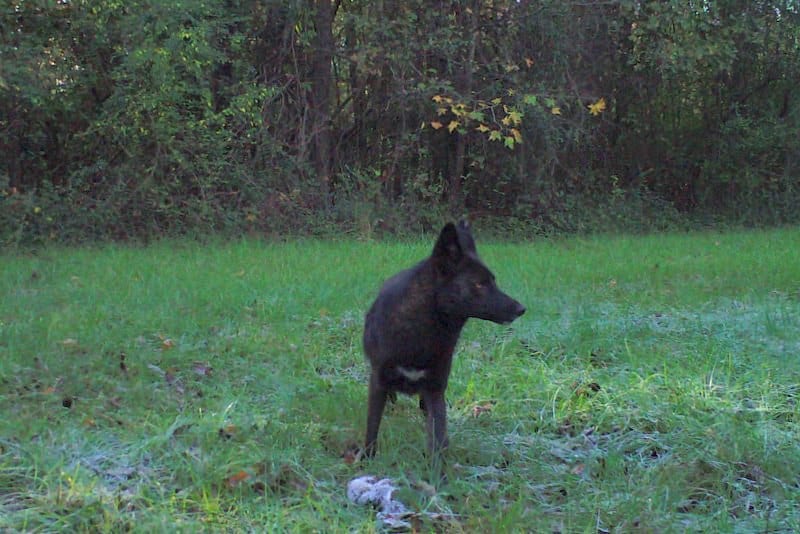 Once again, a coydog’s behavior and danger level are going to greatly depend on the way that it was raised. If it was raised around children and other pets then it’ll likely pose no threat.

This is not to say that it couldn’t if it felt threatened itself, but the chances are low. That aside, wild coydogs are rarely a threat full-grown humans.

However, they could be very dangerous to kids and small animals. They are usually only dangerous and feel the need to act out when they feel like they are being threatened or want to protect their young.

Of course, if they have rabies or some other disease it is possible that they might act out as well.

While these animals do not attack humans, they have been known to attack and kill smaller sized dogs and cats.

Aggression Towards Dogs – Coydogs can be aggressive towards both smaller and larger dogs. Most of the time, a larger animal will be able to protect itself from the coydog’s attack, but in the wild, these animals usually hunt and travel in packs.

Coydogs have been known to provoke larger dogs out of their yard and gang upon them. Sometimes they’ll even go as far as killing them. Small dogs, on the other hand, are a much more vulnerable target. Coydogs will simply overpower and kill these animals.

Aggression Towards Cats – Coydogs have not been reported to be aggressive against cats. However, it should be noted that if a cat is attacked by a coydog, he or she will have a much better chance of escaping the attack than a dog would.

Cats are known for their extremely reactive and quick reflexes. They also have the innate ability to scurry up trees where coydogs cannot travel. Unless surrounded and cut off, a cat should easily be able to escape an attack from a coydog.

As you can see, coydogs are without a doubt one of the most interesting breeds of animals out there. While some people believe them to be a myth, they do exist.

However, if you are thinking about bringing one into the home or breeding your own there is a lot to consider. Take the information about into account because coydogs can be dangerous in certain situations and aren’t playful by nature.

You can change this with time, but it simply isn’t in their nature, even at a very young age.