are one of the most versatile animals in the animal kingdom. This is not only because they are capable of surviving in the wild on their own, but they adapt in social environments like you wouldn’t believe.  That’s right, adopt a rabbit at an early age, train it up properly, and you’ll have a loyal pet for the remainder of its life.

These animals are cute and cuddly, but they are also so friendly and gentle that your kids won’t have a problem playing with them, similar to that of some species of dogs.

All that aside, rabbits are by no means easy creatures to care for. In fact, they are nothing like your typical house pets and tend to die off at an early age if not properly cared for. And, they’ll die off in awkward ways as well.

This stretched out position is an extremely common position for rabbits to die in, regardless of what rabbits are dying from. It is just a common position that rabbits put their bodies in when they are ready to pass.  Most scientists and rabbit experts would describe it as a more comfortable passing, the least painful way for them to pass.

That is why they put their bodies into this stretched-out state.

Causes For Sudden And Stretched Out Deaths In Rabbits 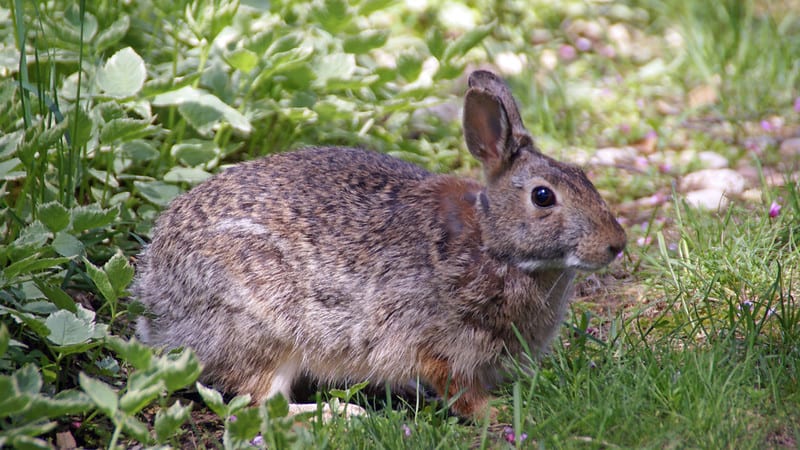 Rabbits are no doubt cute and cuddly. This is why most people want to take them on as pets. However, this cuteness does make them a bit vulnerable. Unfortunately, the rabbit just isn’t as battle-hardened as some of the other creatures in the animal kingdom.

Sure, these creatures can live a whole life of contentment in the wild without the assistance of any human, but there is simply no denying that they are more vulnerable when compared to other creatures. This is why it is important to understand what can kill off your rabbits quickly.

To start out, rabbits are roamers. It doesn’t matter if you are keeping them in a hutch or a cage inside the home, you’re going to have to schedule a time for them to get out and roam around.

They need to roam around in order to thrive. They simply can’t stay in a single place for a very long time.

If you have glass, boards with nails, metal objects, plastic materials, or anything that can penetrate your little guy, you’ll want to make sure that it is well out of the way.

Rabbits will not only run into the objects and penetrate themselves, but there is also the possibility that they might eat them. That’s right, rabbits really have no idea about what to eat and what not to eat.

In fact, they’ll consume just about anything that you put in front of them, including glass, nails, and plastic. You don’t need any further explanation as to what this will do to their soft insides.

Just like sharp objects lying around the home, poisonous substances are going to be just as big a threat. This will be especially true if you are commonly using pesticides and other chemicals in your garden.

While these chemicals might seem simple and harmless, they have the potential to kill your rabbit. And, your best bet that if your garden is accessible, your new rabbits will venture into it.

Either make sure that the garden is completely inaccessible or stop using pesticides and chemicals. You have to sacrifice in one of these areas to keep your new pet alive.

GI stasis is a common condition in the rabbit community. However, it is one that usually occurs in older rabbits. The condition can develop when rabbits are younger, but it oftentimes won’t kill them off until they are a bit older.

What’s important to know is that this is a condition that slows or eventually stops the immune system completely. When this happens it’ll cause gases to build in the stomach.

READ  How To Attract Cardinals And Blue Jays Like A Pro

Gases that will eventually bloat and cause your little guy’s insides to erupt. In fact, that is one of the ways that you can determine if your rabbits might have this condition.

You’ll notice significant bloating. You might not only notice this, but you might notice them lying on their stomach a lot as if to help deal with the pain.

Internal blockages, dental issues, lack of exercise, improper nutrient balance, stress, and a diet that is high in starch and low in fiber can all be causes for this condition.

Developing and maintaining a nutritious diet along with an exercise regimen is the best way to lower the chances of this disease or to prevent it altogether.

Rabbits are more resilient than what most people think, but you can see that they are still pretty vulnerable as well. These creatures are social, cute, and make great house pets, but they also have some weird proclivities. One is that they like to die in the stretched-out position.

This is an extremely common way for them to go and doesn’t mean anything in particular. You could find two dead rabbits in the stretched-out position at the exact same time, and both of them could have died from different causes.

You can get more ifo on this here.
Bunny died suddenly??? I’m lost