Many people are curious about the difference between shagbark hickory and pignut hickory. They are two of the most common types of hardwoods in the United States, and they can be used for a variety of applications.

In this article, we will go over the different features of these two trees and discuss their individual benefits. We will also provide a comparison chart so that you can see which one is better for your needs. 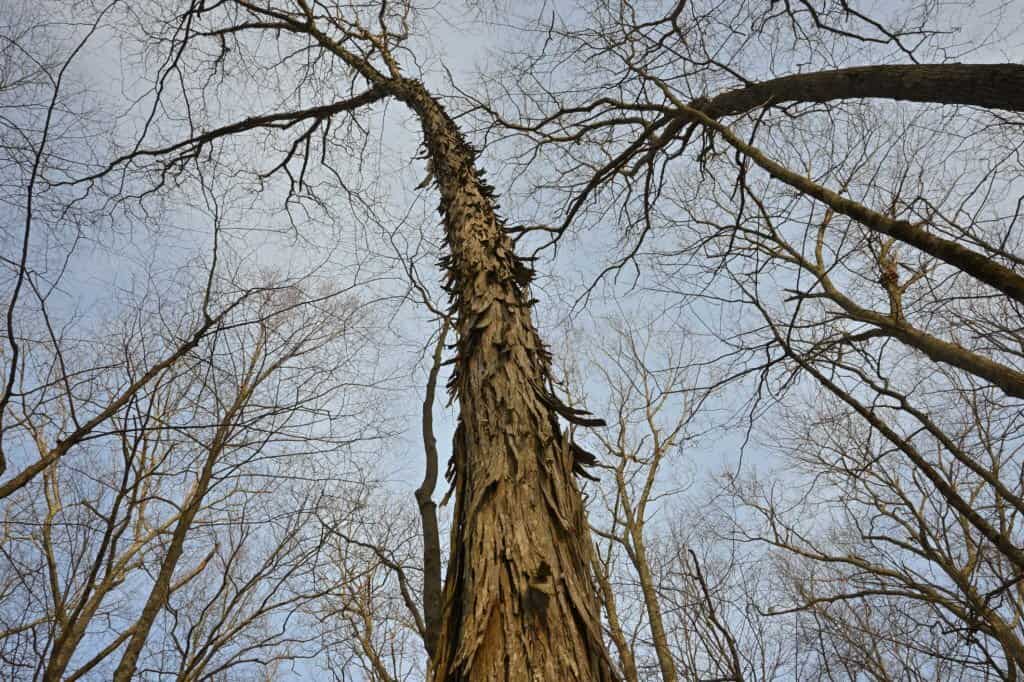 The shagbark hickory is a large tree that can grow up to 60 feet tall. It is characterized by its shaggy bark, which peels off in long strips. The leaves of the shagbark hickory are oblong and have serrated edges. The tree produces edible nuts that are encased in a hard shell.

The shagbark hickory is native to the eastern United States. It grows best in well-drained soils and prefers full sun exposure. The tree is relatively tolerant of drought and cold temperatures.

The shagbark hickory can live for hundreds of years; the oldest recorded tree was over 400 years old!

The shagbark hickory is an important tree for wildlife. The nuts produced by the tree are a valuable food source for many animals, including squirrels, mice, and birds. The tree provides shelter and nesting sites for many bird species.

The shagbark hickory is also an important food source for beavers; the bark of the tree is a favorite food of these animals.

Pignut hickory is a type of hickory tree that is native to North America. The pignut hickory typically grows to be about 50-60 feet tall and has a light brown to grayish bark. The leaves of the pignut hickory are alternate, simple and oblong in shape with serrated edges.

The leaves are dark green in color and turn yellow or brown in the fall. The pignut hickory produces small, round nuts that are encased in a thin husk. These nuts are edible and have a sweet flavor.

The pignut hickory is a valuable tree for wildlife. The nuts produced by the tree are an important food source for many animals, including squirrels, chipmunks, birds and deer.

The trees provide shelter and nesting sites for many types of animals as well. The wood of the pignut hickory is hard and strong, making it good for fuel wood and other woodworking projects.

The shagbark hickory and the pignut hickory are two types of trees that are native to North America. These trees are very similar in appearance and many people believe that they are the same tree. However, there are some key differences between these two types of hickory trees.

The shagbark hickory and the pignut hickory are both valuable trees. The wood of these trees is strong and durable, making it perfect for use in construction and furniture-making.

The nuts produced by these trees are also an important food source for many animals, including squirrels, birds, and deer.

So, the next time you are at the store, be sure to pick up both types of hickory!

Shagbark hickory, also called blood Hickory, is a type of hardwood tree that is native to the eastern United States. It was once used for furniture making because it is strong and durable. Shagbark...