North Dakota is home to four different types of squirrels

. This article will explore the differences between each type and how you can identify them.

By understanding the different types of squirrels in North Dakota, you will be able to better understand their behavior and how to best protect them from danger. 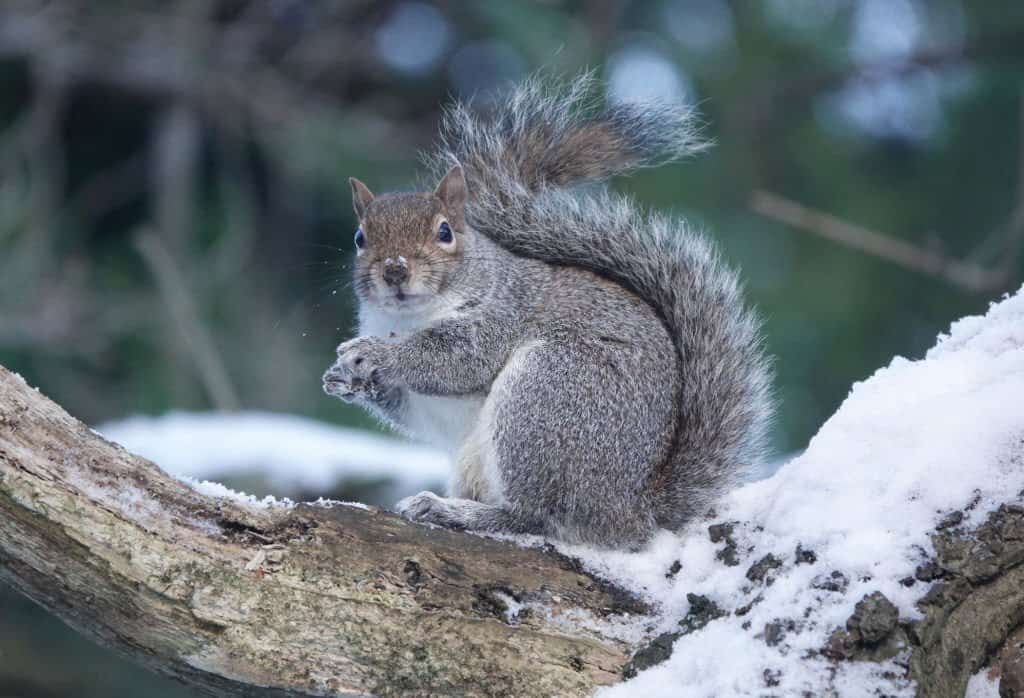 Eastern gray squirrels are very active animals and they are often seen climbing trees and running around.

These squirrels eat a variety of foods, including acorns, nuts, berries, and insects. They will also eat bird eggs and baby birds if they can find them. Eastern gray squirrels are important predators in North Dakota forests.

They help to control the population of other animals, such as mice and voles.

Eastern gray squirrels are not considered to be a nuisance animal, but they can cause problems if they enter homes or buildings looking for food. If you have an eastern gray squirrel in your home, it is best to contact a wildlife control company to remove the animal. 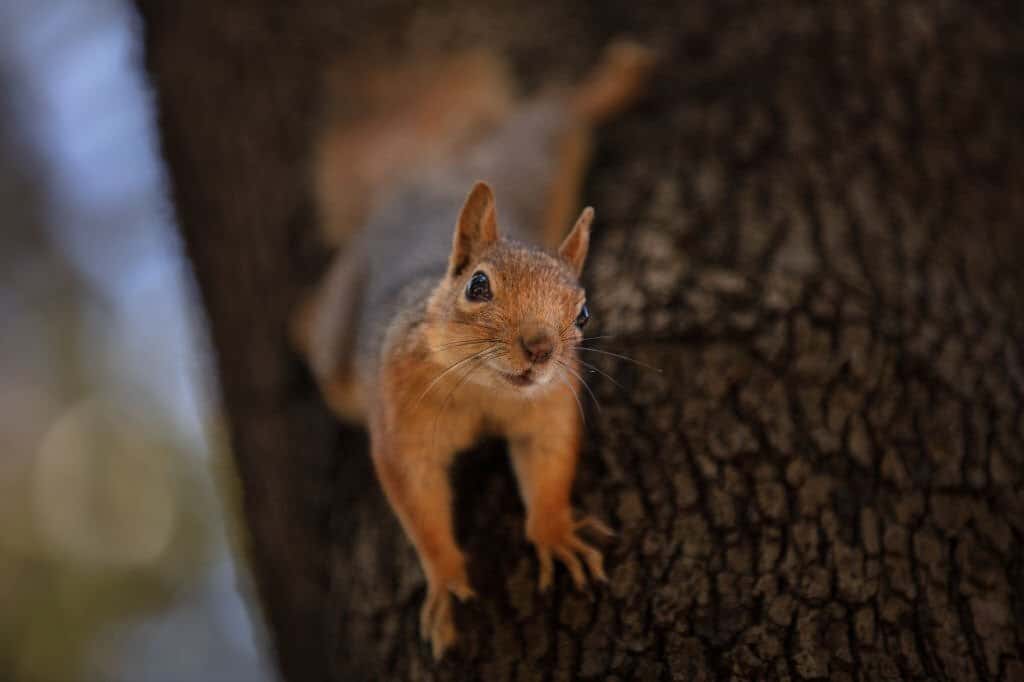 The red squirrel is one of the four types of squirrels that can be found in North Dakota. These small, furry creatures are known for their reddish-brown fur and bushy tails.

Red squirrels typically measure between 9 and 12 inches in length, with their tails making up about half of that.

Red squirrels are mostly active during the day, although they may also be seen at dawn or dusk. Their diet consists mainly of tree seeds and nuts, but they will also eat insects, fruits, and vegetables.

In the winter months, when food is scarce, red squirrels may cache (hoard) food to help them survive.

Red squirrels are relatively common in North America and can be found in a variety of habitats, including forests, woodlands, and even urban areas. Although they are not considered endangered, their populations have declined in some areas due to habitat loss. 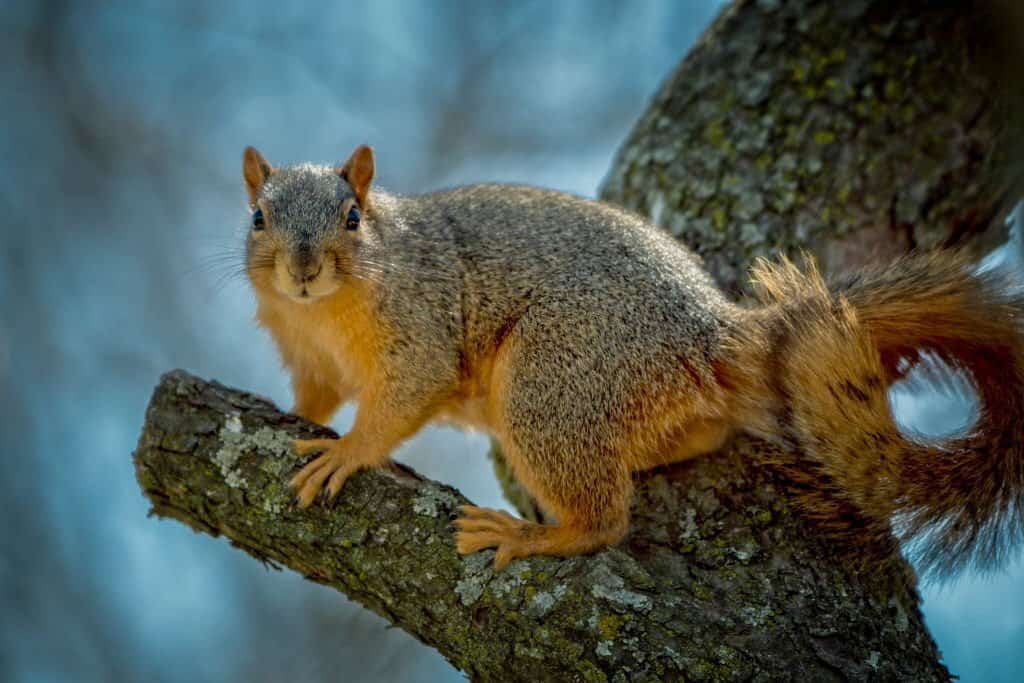 Fox squirrels are the largest type of squirrel in North Dakota. They can grow to be up to 24 inches long, including their tail, and weigh up to 2 pounds. Fox squirrels are usually brown or gray in color with a white belly.

Their name comes from their reddish-brown fur that is on their back, which looks like a fox’s coat.

Fox squirrels are mainly found in wooded areas where there are lots of trees for them to climb. They eat mostly nuts and seeds, but they will also eat fruits, vegetables, and insects. In the winter, when food is scarce, fox squirrels will cache (hide) food so that they can find it and eat it later.

Fox squirrels are solitary animals and only come together to mate. Females will have 1-6 babies at a time and they are born blind and naked.

The young fox squirrels will stay with their mother for several months until they are ready to live on their own. 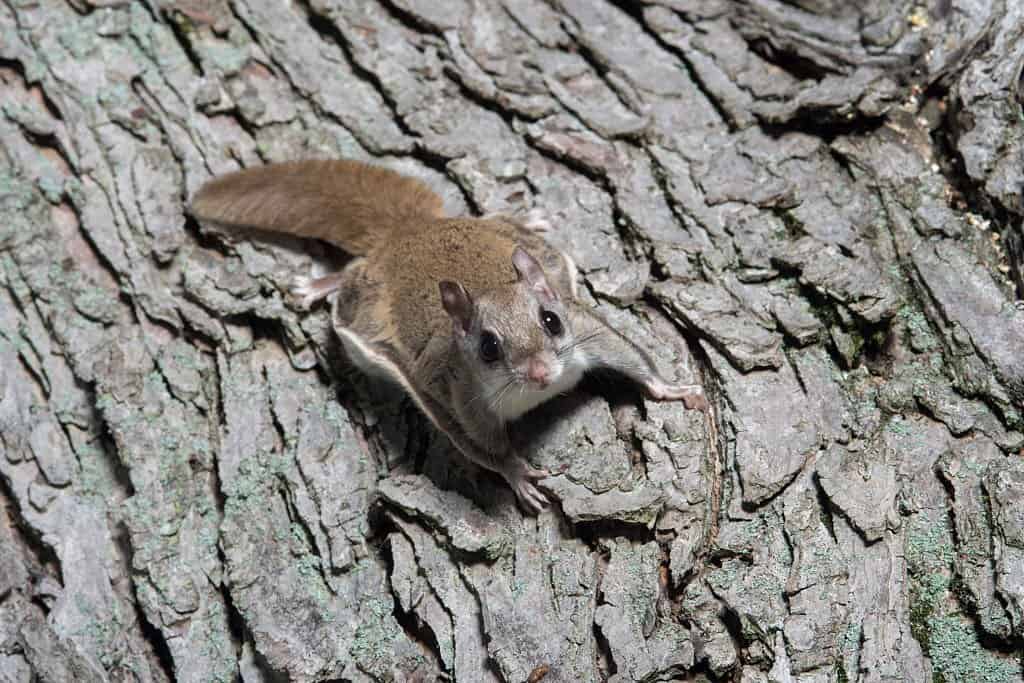 The North Dakota flying squirrel is a small, nocturnal rodent that is found in the forests of North America. This furry little creature has large eyes and furry, webbed wings that allow it to glide from tree to tree.

The North Dakota flying squirrel is a timid creature that is rarely seen by humans.

This type of squirrel is mostly active at night, when it can be seen gliding through the air from tree to tree in search of food. The North Dakota flying squirrel feeds mainly on nuts and seeds, but it will also eat insects and other small animals.

This type of squirrel typically nests in trees, using leaves and twigs to build a cozy nest.

If you’re lucky enough to spot a North Dakota flying squirrel, you’ll be able to see one of nature’s most fascinating creatures up close. These creatures are harmless and pose no threat to humans.

So if you see one, enjoy the moment and take in the beauty of this amazing animal!

Each type of squirrel has its own unique characteristics and habitats. If you’re ever in North Dakota and see a squirrel, make sure to take a look and see which type it is!