When it comes to consuming adventurous animal proteins, many diners are scared of for various reasons. Some just simply don’t have the knowledge or skill to skin and prepare the meat. Some don’t have the stomach for it. Some might be scared that the meats are diseased. Whatever the situation is, there are a number of viable reasons that one could throw out there to deter themselves from eating such adventurous meats. So, what does gamey meat taste like?

Gamey meat has a much stronger, wilder flavor. The best way to describe gamey meat is as metallic. It is a meat that is going to taste more metallic. And, this is the case because the animal the meat came from will have likely had a much more active lifestyle. 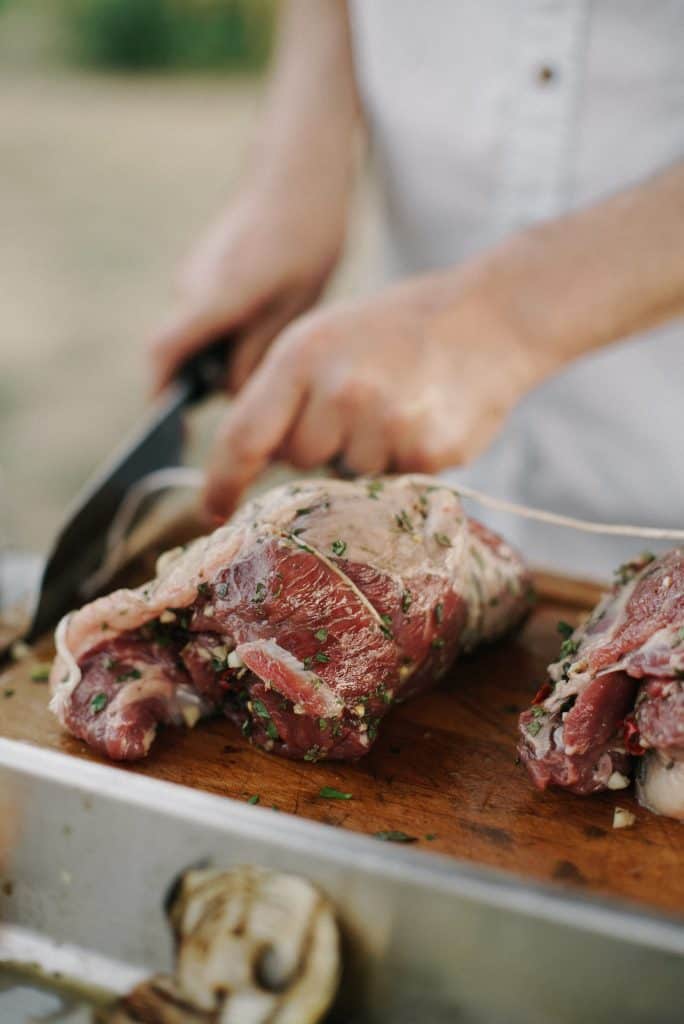 Whether you’ve tried venison, duck, rabbit, dove or squirrel, there is a good chance that you have tried beef, pork, and chicken. Beef, pork, and chicken products are all meats that people consume on a daily basis, yet you rarely find anyone referring to them as gamey.

This is what gamey meat means. It means that the animal has a stronger, wilder flavor profile.

Now, that that’s out of the way, you are probably still wondering why these wild meats taste stronger and wilder. Is it just because they are raised in the wild as opposed to being farmed raised?

Well, that is certainly one way that some individuals could look at it. In fact, that has a whole lot to do with the equation, but it isn’t everything.

Understanding Exactly What Gamey Meat Is

Now, you understand what it means when someone says that meat tastes gamey. However, you still not know why certain meats taste gamey. Part of it does have to do with the fact that these gamey animals come from the wild.

Just imagine this, you kill a wild elk and splay its body on the ground. You also give a farm-raised elk and lay its body right next to the wild one. You will immediately notice a difference in the physical conditioning of the animals.

The wild animal will likely nearly be fat-free. It would also obviously be naturally stronger. And, this is because it has had to forage, travel, and work for its keep in the wild, whereas the farm-raised elk has simply had everything given to him.

Much like a lot in life, gaminess boils down to diet and exercise. Due to the fact that the wild animal is more active, it’s meat will give off more of a gamey taste when cooked.

Wild animals have to hunt and forage for their food and shelter. This simply means that they’ll have more active lifestyles. They’ll be raising their heart rate when running and foraging.

While the farm-raised animal might raise its heart rate as well, it won’t be as nearly often as the wild animal. And, that is where this metallic taste comes from.

Any time the heart rate rises, it causes the body to produce and pump more iron. This iron is then distributed throughout the entire bloodstream, where traces of it will linger for long periods of time.

Even when the animal is killed and the blood stops, the traces of iron will likely be present in the blood from the active lifestyle. Of course, this doesn’t mean that you can’t take a wild animal and cook it so that it doesn’t taste gamey.

You might not ever be able to completely get rid of the flavor profile, but there are plenty of things that you can do to make it unnoticeable or even undetectable.

How To Remove Gamey Taste From Meat

If you want to eliminate that gamey taste, you’ll need to start in the field. The objective is to get that animal gutted and cooled as quickly as possible. You don’t want it lying around in the field all night dying from a bad shot.

This will only make the meat taste gamier. Get in there, put in an additional mercy shot, and call it a day. When injured, enzymes will start breaking down in the animal’s body at a rapid rate.

You want to avoid as much of this as possible. Put more of an emphasis on cleaning and processing, rather than hanging and draining your kill.

If you want to remove the taste of something you soak it, right? This seems like the most reasonable solution, and this is exactly why most hunters looking to avoid gamey meat soak their meats in vinegar.

However, vinegar is very acidic, which only makes the meat tougher. The real solution here would be to soak the meat in milk instead. A lot of old school cooks will even use a saltwater brine, which is a viable option.

The only difference here is that you’ll have to give the meat thorough cleaning after soaking in salt water, otherwise the meat will be overpowering with salt.

Some say that gamey meat has gotten a bad rep over the years. Many individuals like the gamey taste. The extra iron content is not something that will damage your health.

Sure, it might taste different, but you have no worries of being poisoned of getting ill from the iron. If you don’t like the gamey taste or just want to eliminate it, you can see that there are several viable ways that you can go about doing so.