Most people think of the wolf

as a predator. And, this is true. The wolf is by all means one of nature’s most effective predators. However, this doesn’t mean that it doesn’t have its own vulnerabilities.  That’s right, there are actually other animals on the food chain that are capable of hunting and killing the wolf. It is these animals that you will learn about here in great detail.

Put some research into nature’s hunting trends and the food chain, and it won’t take you long to discover that the wolf is right at the very top. In fact, it is so effective as what it does that the species has coined the phrase apex predator.

A wolf can be eaten by the grizzly bear, the polar bear, Siberian tigers, scavengers, other wolves, and sometimes even the human. The most common reason that one of these above animals would attack a wolf would be territorial. Most of the time, other apex predators aren’t going to go after apex predators until territory factors in.

READ  How To Identify A Coydog: UPDATED [Complete Guide]

Amongst the animal above, it would be the Siberian tigers along with the grizzly bears that would likely have territory issues with the wolf. And, this is because they hunt similar prey.

Given this information, you can imagine that it would be hard for them to coexist. And, it is! Usually, when these creatures run into each other it is followed by a skirmish.

The Advantages Of The Wolf 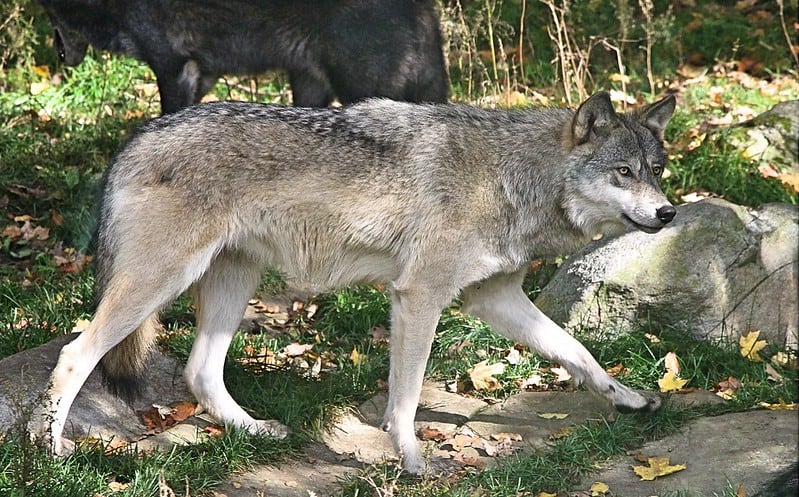 Other animals are by no means blind to the fact that the wolf is one of the top apex predators.

Their strength, agility, speed, and intelligence put them in a class of their own, and this is why most opposing animals had just soon avoid the species altogether.

However, this doesn’t mean that the phrase survival of the fittest doesn’t oftentimes come into play because it does. It is not uncommon for other animals to attack wolf pups or injured wolves.

If an opposing threat sees the chance to pounce on a weaker or weakened wolf, you can rest assured that they will do so just to thin their numbers.

Numbers Are On The Wolf’s Side

Speaking of numbers, this is one of the biggest advantages that the wolf species always has. They rarely go anywhere alone, meaning if they run into a bigger and stronger grizzly bear, that grizzly bear will likely have to take on two or three wolves.

It is rarely a fair fight with the wolf.

Wolves will usually always triumph when they have the advantage in numbers, and this is exactly why they always travel in packs. It is nearly impossible for a natural enemy of the wolf to catch one alone. This is why it wouldn’t hesitate to pounce if it did.

Wolves are at the top of the food chain and will remain there forever. There aren’t many species that are even willing to challenge them, but you can clearly see that there is the rare occasion when some will.

These species are considered apex predators themselves and are more than capable in battle. However, most of the time, the two had just rather avoid each other.