Pelicans are large water birds that belong to the Pelecanidae family. They’re easy to identify thanks to their long beak and throat pouch. This animal uses its throat pouch for catching prey as well as drinking water. The Australian Pelican is mostly white with black spots on the tail and wings. So, what eats pelicans?

The most common predator of the pelican is the coyote. This is the main predator but cats and humans are predators as well. Humans may hunt pelicans for their feathers and meat. The pelican has few predators thanks to its large size. In its natural environment, pelican predators are few and far in between.

In addition to this, Pelicans tend to inhabit areas in large flocks consisting of 100 or more birds.

This enormous bird can grow a wingspan over 3 meters. However, there are smaller species and they may have more predators. While they nest and rest in large groups, Pelicans usually hunt and eat by themselves. The only exception is when the female pelican wants to feed her chicks.

Thanks to their size and behavior, they’re hardy animals that do not make easy prey so their predators are limited.

Coyotes are part of the dog family. They’re medium-sized and are family members of wolves and foxes. They have pointed ears and a slim muzzle.

Thanks to their drooping, bushy tail, coyotes look similar to collies and German Shepherds. The only difference is that these animals are ferocious. Coyotes will attack and eat almost anything.

In fact, there have been two recorded accounts of humans being killed by coyotes in the United States and Canada.

Furthermore, coyotes will attack dogs, cats, rabbits, and pelicans. Coyotes are intelligent enough to pick on animals they can beat. Therefore, they’re going to focus primarily on smaller pelicans. However, they’re opportunistic and will attack anything it can kill. 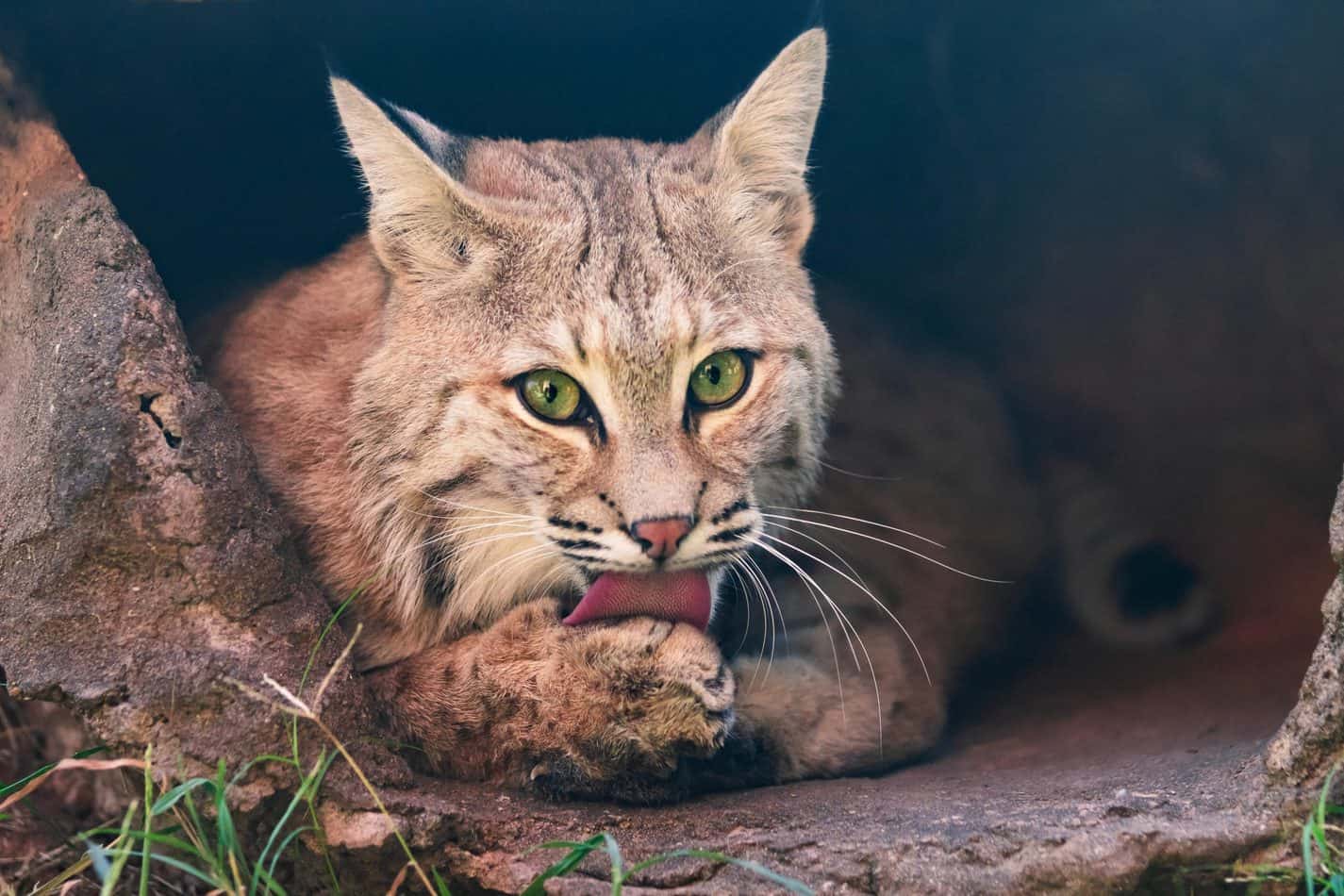 There is also a chance that bobcats are going to hunt pelicans. This is rare but it does happen. Since bobcats are carnivores, they only eat meat. Bobcats will eat an assortment of animals including rabbits, birds, lizards, rodents, carrion, and snakes.

They can and will eat pelicans too. They prefer eating rabbits but are opportunistic and will eat anything. In some instances, they will consume deer. Bobcats usually do not attack people but it is best to keep a safe distance from bobcats and their kittens.

Reptiles such as American alligators and Mexican spiny-tailed iguanas will eat chicks as well. Red imported fire ants pose a threat to brown pelican chicks too.

If red imported fire ants manage to get into a nest, they can kill up to 60% of the hatchlings.

Brown pelicans are prey to many predators. Adults are sometimes killed by sea lions and sharks when they’re floating on the water. When they’re approached by a predator, they’ll usually fly away alone instead of leaving in a group. I

f they have nests and eggs nearby, they will attempt to scare the predator before fleeing. Some of the most common predators of brown pelicans include humans, fish crows, raccoons, feral cats, bobcats, American alligators, red imported fire ants, sea lions, and sharks.

Brown pelicans play an important role in the ecosystem. They get parasites on their skin, feathers, and inside their bodies. However, many of these parasites do not make them sick and will not kill them.