As you probably already know, many animals are very similar to humans. They share many characteristics and traits. Most people take birds for granted. They watch them fly by and barely think about it. Others find these animals to be majestic and mesmerizing. Where do birds go when it storms?

The main thing birds do is seek shelter. Most birds will hide in the bushes. They’ll wait under trees, limbs, and leaves until the rain slows down. However, you should know that they’re not going to stay hidden for too long. After all, birds need to eat. When they get hungry, they will venture out in the rain to collect food. 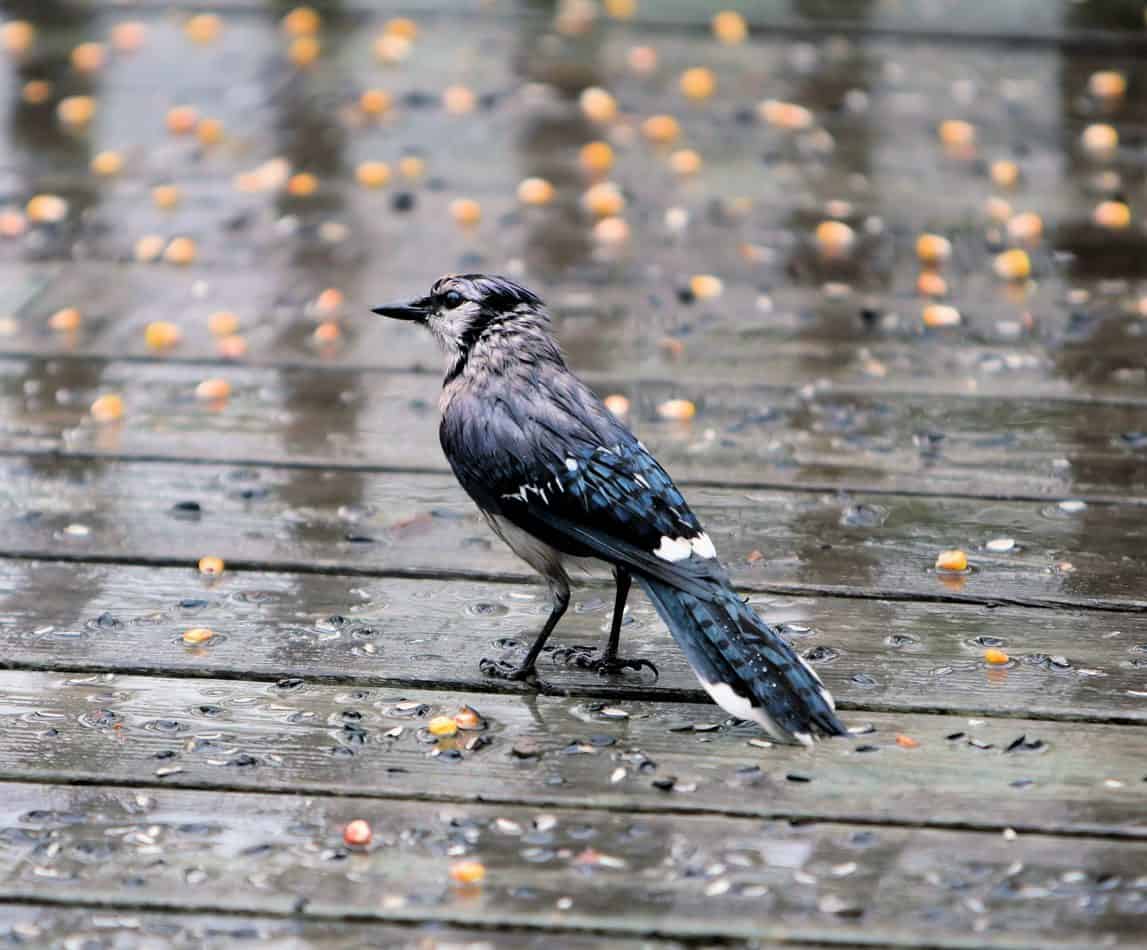 Have you ever walked through the rain? In all likelihood, you have and you probably hated it. It isn’t fun to let the raindrops hit you in the head. If you stay outside for too long, you’re going to get soaked.

Birds are the same. If they get too wet, they might have a tougher time flying. Thankfully, birds are not going to remain out in the open when it begins to rain.

The cold weather can be very harsh. It is tough on humans and animals. Nevertheless, you’ve probably seen a bird or two outside after a snowstorm.

It seems weird but you probably brush it off and ignore it. When you really think about it, it is intriguing to find out that birds can survive through the harsh winters.

READ  The Top 5 Squirrels To Spot In Texas - Don't Miss Out!

How do they do this? Well, they’re going to find hiding spots when the snow begins to fall. They may come out from time to time to obtain food.

They prefer warm locations. This is why they’re often found in abandoned houses and corners in buildings. 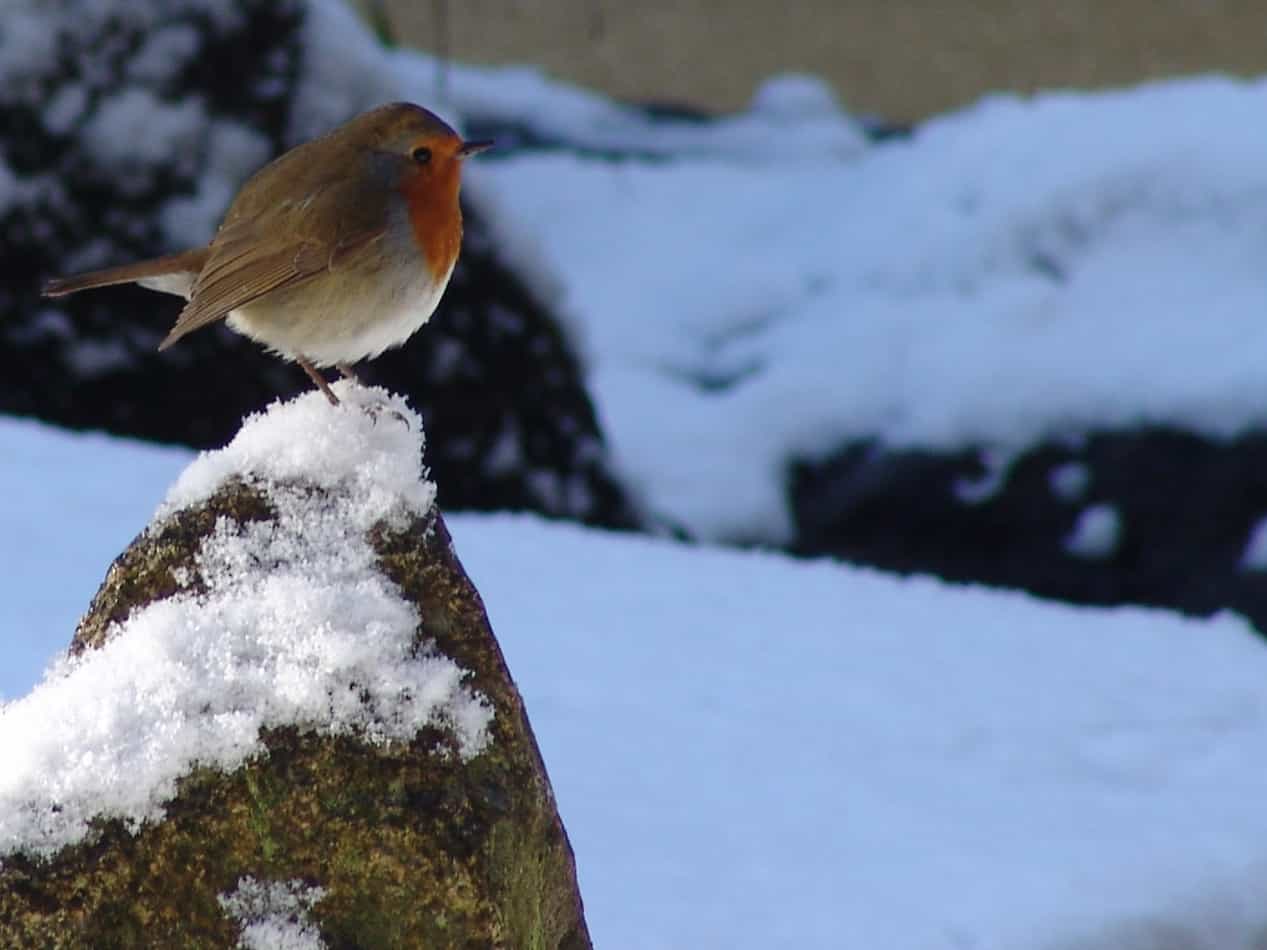 It is crazy to think that birds can survive blizzards. Nevertheless, this is indeed a possibility. During the winter months, you’re going to put on more layers. Birds cannot do this. However, they have an equal alternative.

During the cold weather, you’re going to notice that birds look like they’re fatter. Or, they appear that they’re puffed up and bloated. This is normal.

They’ll also seek shelter in abandoned houses, crevices in trees, or holds in buildings. Remember that not all birds are going to fly south in the winter.

Some do but many have found ways to survive during the cold winter months.

Birds are smart enough to avoid flying during gusty winds. They know that those winds are dangerous and they could end up hurting them.

When the wind picks up, birds are going to know it and they’ll act accordingly. They’ll try to stay low to the ground. They’ll also avoid most trees. After all, the wind can cause the limbs to swing back and forth.

That could be a real threat to such a small animal. It is also common for birds to take shelter in safe locations like caves. They may cower under rocky overhangs.

If they’re unable to find something similar, they’ll hide in the holes in buildings. Either way, they know that it is not a good idea to fly during wind storms. It would be too risky.

Birds can be found all around the world. This means that they’re going to be required to contend with some scary weather conditions from time to time.

For instance, it is common for birds to run into tornadoes and even hurricanes. This is the worst possible situation for a bird. Where are they going to go during those hurricanes? How can they protect themselves?

Well, it is very common for birds to leave in advance. Birds can hear and interpret infrasound. They can also see barometric pressure. This gives them the ability to know when a hurricane is coming.

If they’re able to detect it in advance, the birds are going to flee for it. This is the best way for the birds to survive. If they’re unable to escape early enough, they will be forced to seek shelter in caves and buildings.

READ  Can You Eat A Fox [Taste & Nutritional Facts]

Many people do not realize it but birds are very smart. They have senses that would leave humans stunned. In December of 2014, there were multiple tornadoes.

While it was horrible for those living nearby, it provided researchers with the opportunity to study the behavior of birds.

It was ultimately found that a flock of birds had left the nesting site several days before forecasters started calling for storms. Those storms eventually resulted in 84 confirmed tornadoes and 35 deaths. So, what does this mean?

Well, it is a clear sign that the birds knew what was coming. They saw the signs before any human did. In fact, their senses were more effective than the tools used by modern meteorologists. That is very impressive.

Their keen senses allowed them to detect the danger and escape before things got too bad. Learning to watch birds could be a good way to predict impending storms.

Ultimately, birds are not going to stick around when it gets nasty outside. They can tolerate the rain and cold fairly well. They just need to seek shelter and prepare themselves for the cold. However, they’re smarter than most people give them credit for.

Before a tornado or hurricane strikes, there is a good chance that the birds are going to disappear. They know that they might not stand a chance. They rely on their senses to keep them out of danger.