When most people hear the term whistle pig, they are immediately going to think about a hog, sow, or boar. It is understandable as to why many might think this way.  The term pig makes you think of one of these creatures. However, would you be surprised to learn that a whistle pig means something else entirely?

A whistle pig is another name for a groundhog, also known as a woodchuck. It is a type of rodent found in North America, known for its habit of emerging from its burrow to look for food in the early spring.

In many parts of the world, especially in the United States, people will refer to these creatures as groundhogs or woodchucks. Think about that classic movie with Bill Murray or Punxsutawney Phil

The creature that comes out of hibernation every February looking for his own shadow to let everyone know if the winter is over or if there is going to be more.

The only difference is, and it is a major one, is that the yellow-bellied wouldn’t be awake in February to look for his own shadow. No, he’d likely still be in hibernation and this is because of where he lives.

These little creatures live all the way up in the alpine tundra, which hails altitudes of anywhere from 6,5000 to 13,500 feet.

Why Are They Called Whistle Pigs 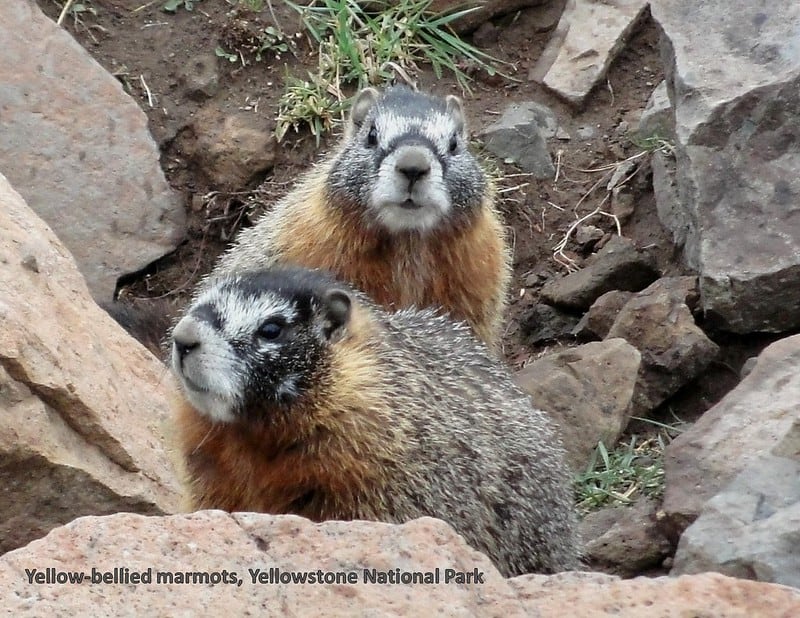 Now that you know that the whistle pig is nothing more than a traditional woodchuck or groundhog, you are probably wondering why in the world they are referred to as whistle pigs.

How could such a creature like this get a name like a whistle pig? Well, it’s simple really. Simple, but somewhat interesting!

The name comes from the fact that the creature will emit a high-pitched alarm or warning that sounds like a whistle. He’ll do this when he is alarmed, and it will be a warning to the rest of his or her colony. This could mean that there is a predator nearby or a human threat.

Anything that is enough to alarm the little guy and he won’t hesitate to let this rest of his clan know that danger is just right around the corner.

Interestingly enough, these creatures are sometimes referred to as woodchucks. Did you know that the name woodchuck has nothing at all to do with wood, chucking, or chucking of wood? The name actually comes from the Algonquian name for the critter, wuchak.

So, you just learned that the groundhog, the woodchuck, of the whistle pig emits a loud, high-pitched whistling noise when he is alarmed. He does this to alert the rest of his colony that danger is nearby.

These sounds could include anything from barking, chattering, growling, hissing, and shrieking. Pretty interesting, right? Well, what’s even more interesting is that they also possess the ability to communicate through their scent glands.

These creatures will oftentimes inhabit fields, pastures, and wooded areas near open land, so it is not at all uncommon for an average homeowner near one of these locations to hear a whistle pig communicating with its colony.

These sounds can clearly be distinguished from other pests, so you’ll know right away if you are might be dealing with an infestation nearby.

When they find themselves cornered or are simply angry about something they’ll chatter their teeth real loud. When they are startled they will produce a low warble that sounds something similar to a chuck-chuck.

And, then you also have the high-pitched whistle sound that they’ll make when they are alarmed. They make this sound as to alert the rest of their colony that danger is just on the horizon. 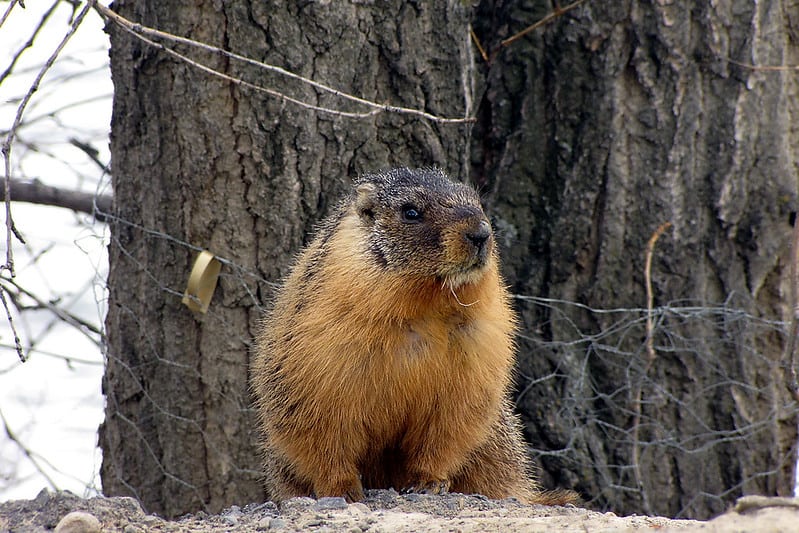 It is not at all uncommon for whistle pigs to inhabit residential areas. In fact, they like to feed on various fruits, vegetables, and ornamental plants, so they won’t think twice about invading a garden.

If the opportunity presents itself, you best rest assured that they’ll jump right on it. While they might seem like cute and cuddly creatures that won’t cause a problem, they can be quite hazardous to your yards and gardens.

First, they most like to travel underground, which means that are going to build complex underground chambers that will weaken areas of the yard.

Their burrows can even oftentimes weaken foundations, cause injuries to livestock, and damage lawnmowers. You might even walk over one of these weakened areas and fall in. In addition to this, these creatures not only pose a threat to your yard and gardens, but they are not to carry and transmit various parasites and diseases.

Therefore, if you hear any of the above-mentioned sounds, you’ll want to look for ways to eliminate the infestation. These creatures can be crafty when they want to be, and your best option might be to opt for professional removal.

Couple this with the fact that the yellow-bellied marmots like to colonize with 10 or more other marmots, and you could be looking at a full-blown infestation.

Interestingly enough, the term whistle pig has nothing at all to do with a pig, sow, or boar. In fact, it refers to the creature that comes out every February and tells you if winter is over or if you can expect more cold weather to come.

Although it was originally the yellow-bellied marmots that were referred to as whistle pigs, many individuals have started referring to all groundhogs and woodchucks as whistle pigs.

They do have the ability to produce similar sounds when they are scared or alarmed to alert the rest of their colony. If you hear these sounds nearby, you could be dealing with major issues, as these creatures can be hazardous to yards and gardens.

Visit my friends at Plantgrowerreport.com