Bears have a natural affinity for honey, and this sweet treat can be found in various forms throughout their habitats. Honey provides bears with a source of energy, and it is an essential part of their diet.

Bears like honey because it provides them with a quick source of energy and contains small amounts of vitamins and minerals. In addition, honey has a high water content, which can be important for bears living in dry environments as it helps to keep them hydrated.

In this article, we will explore the reasons why bears are attracted to honey and how they find and consume it.

The Nutritional Value of Honey 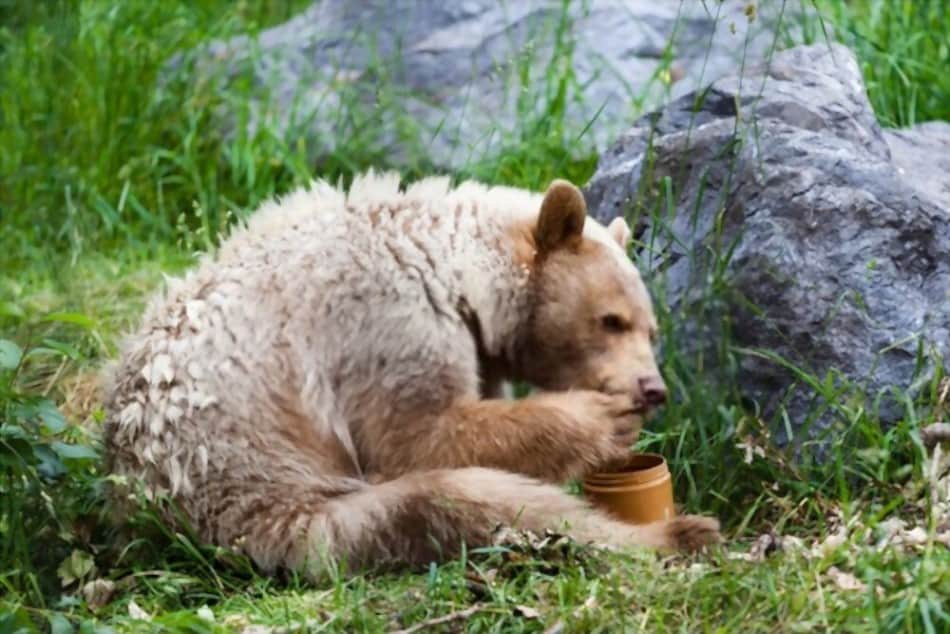 The nutritional value of honey makes it an ideal food source for bears, who have a high metabolism and require a constant supply of energy. The carbohydrates in honey provide a quick source of fuel, while the vitamins and minerals help to support overall health and well-being.

Honey is also a good source of antioxidants, which can help to reduce inflammation and protect against diseases. The high water content of honey is especially important for bears living in dry environments, as it helps to keep them hydrated.

This is particularly important during times when other sources of water may be scarce.

In addition to its nutritional value, honey has a sweet taste that is appealing to bears. This sweet flavor is due to the presence of sugars, including glucose and fructose, which provide a quick source of energy.

The combination of nutrition and flavor makes honey a highly desirable food for bears.

Bears have an incredible sense of smell, which they use to locate a variety of food sources, including beehives and honey. The scent of flowers is a particularly strong attractant for bears, as they know that this is where they are likely to find bees and honey.

In addition to their sense of smell, bears also have a keen sense of hearing. They are able to hear the buzzing of bees from a distance, which can help them to locate beehives. Once a bear has identified a beehive, they will use their powerful claws to tear it open and extract the honey inside.

The process of finding and extracting honey is not always easy for bears, as they must compete with other animals, including other bears, for access to this valuable food source.

They may also have to deal with the defensive behaviors of bees, which can sting and attack the bear in an attempt to protect their hive.

Despite these challenges, bears are highly skilled at finding and extracting honey. They use their senses and physical abilities to locate and access this valuable food source, which is an important part of their diet. 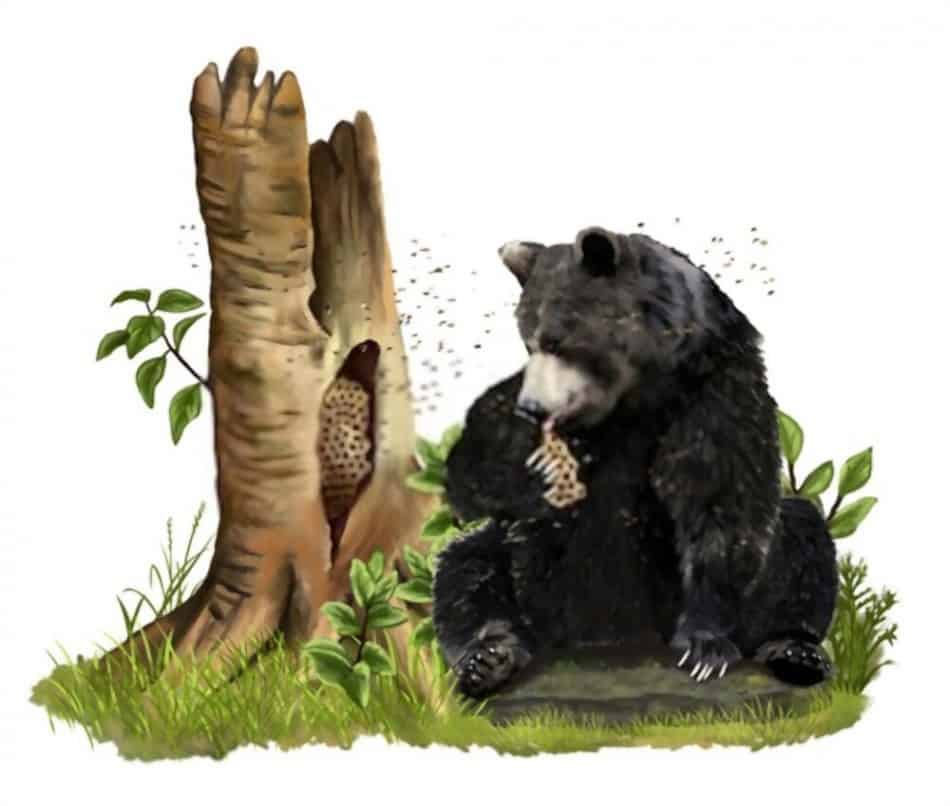 Bears are able to consume honey with ease due to their flexible upper lip and long, protruding tongue. These physical adaptations allow them to easily lap up honey from a beehive or other source, and they are able to consume large amounts of honey in a single feeding.

In addition to consuming honey directly from the beehive, bears will also store honey in their thick fur to be eaten later. This allows them to stock up on this valuable food source, which is a staple in their diet.

Honey is particularly important for bears in the fall, as they begin to prepare for winter hibernation. During this time, bears will consume large quantities of honey in order to build up their stores of fat, which will be used for energy during the long months of hibernation.

How Do Bears Eat Honey Without Getting Stung

Bears have a few adaptations that help them to eat honey without getting stung. One adaptation is their thick skin, which is much less sensitive than the skin of humans or other animals. The thick skin of bears acts as a protective layer, making it more difficult for bees to sting them.

In addition to their thick skin, bears also have a thick layer of fur, which provides additional protection against bee stings. The fur of a bear can be up to 10 cm (4 inches) thick in some areas, and it helps to cushion the skin and absorb the force of a sting.

Bears also have a flexible upper lip and a long, protruding tongue, which allows them to easily lap up honey from a beehive without disturbing the bees. They are able to extract the honey without directly handling the bees, which reduces the risk of being stung.

How Much Honey Can A Bear Eat

Bears are able to consume large amounts of honey in a single feeding, and they may eat several pounds of honey in a single day. However, the amount of honey a bear eats can vary depending on a number of factors, including the availability of other food sources, the bear’s size and metabolism, and the time of year.

In general, bears have a high metabolism and require a constant supply of energy. They rely on a variety of food sources, including honey, to fuel their bodies. During times when other food sources are scarce, bears may consume more honey to meet their energy needs.

In the fall, bears will often consume large quantities of honey in preparation for winter hibernation. During this time, they will store fat in their bodies to use as energy during the long months of hibernation.

Bears may consume several pounds of honey each day in the weeks leading up to hibernation in order to build up their fat stores.

Do Bears Get Drunk Off Honey

It is not uncommon for bears to consume large amounts of honey in a single sitting, and it is possible that they could become intoxicated as a result. Honey is rich in carbohydrates and contains small amounts of alcohol, which is produced by the fermentation of sugars by yeasts.

However, it is unlikely that bears would become severely intoxicated from consuming honey, as the amount of alcohol in honey is generally quite low.

It is also worth noting that bears have a high tolerance for alcohol, and they are able to metabolize it more efficiently than humans or other animals. This means that it would take a much larger amount of alcohol to intoxicate a bear compared to a human.

In conclusion, bears have a natural affinity for honey, and this sweet treat is an important part of their diet. Honey provides bears with a source of energy and contains small amounts of vitamins and minerals that are essential for their health and well-being.