Roosters will start crowing roughly two hours before the sun begins to rise. This can give the impression that the roosters are crowing at night.  It is also true that lights can have an impact on crowing. If roosters are exposed to bright lights in the middle of the night, they may begin to crow. This causes them to believe that it is dawn and that is what triggers the crowing.

Threats are another common reason. If they believe that there is a threat on the horizon, they’re going to crow to warn the rest of the coop. This is something that farmers will have to take into account. It is also true that each rooster will have a personality of its own.

This too can result in more crowing. Some roosters have an attitude so to say and this means that they’re going to crow more than their counterparts.

Why Do Roosters Crow In The Morning 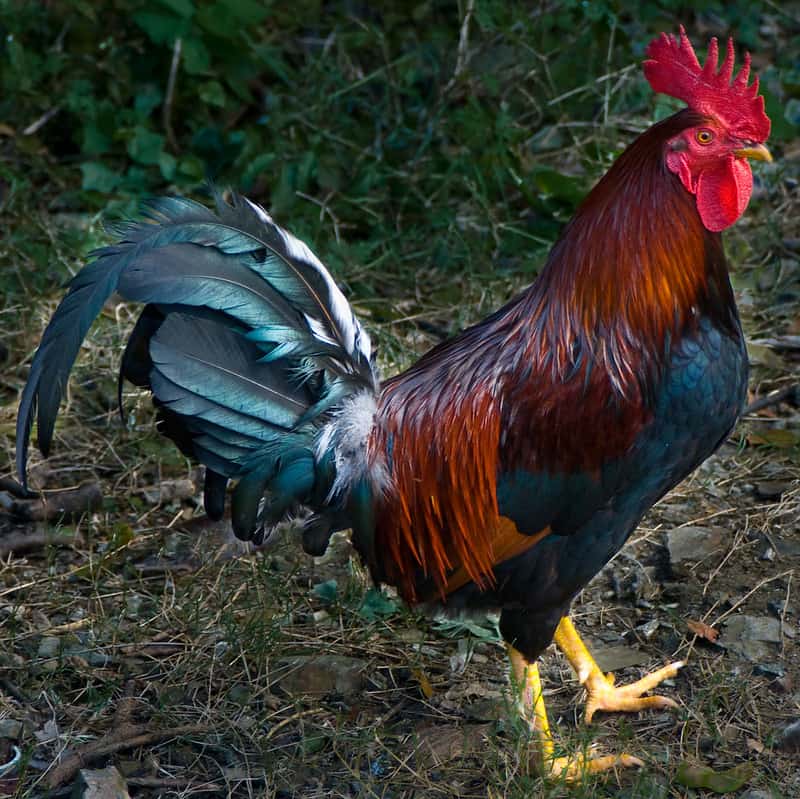 Many people do not understand that chickens are actually one of the most prevalent animals in the entire world. Despite seeing them pretty much everywhere, scientists only answered these questions in 2013. Many people mistakenly believe that roosters only crow in the morning.

This is not actually the case. A rooster can crow throughout the day and night. In fact, there are certain things that can trigger the crow. When someone enters a chicken coop, there is a pretty good chance that the rooster is going to crow.

So, why do they crow in the morning? It was initially believed that it had something to do with the changing light conditions.

A research study headed by Takashi Yoshimura attempted to determine whether or not this was true. It was found that roosters were capable of anticipating the light. Most will begin crowing near the pre-dawn hours of the morning.

They knew when the light was going to be turned on and this is when they began crowing. At the same time, it was determined that the coop’s most dominate rooster would be the first to crow.

It is believed that the crows can determine when dawn is going to occur and that is when the crowing is going to become more intense and more common. Some also believe that the rooster’s crow may have something to do with territory.

How To Stop Roosters From Crowing

Some people will want to keep their roosters quiet. After all, the crowing can be troublesome in some situations. Is it actually possible to prevent a rooster from crowing?

It is true that farmers might be able to limit the crowing. First and foremost, you should take the time to learn about the rooster’s crowing habits.

Is your rooster being exposed to potential dangers? Or, are they encountering things that could be considered threats? If the answer is yes, there is a good chance that they’re going to crow. By eliminating these threats or potential threats, you can limit the crowing.

Another thing to remember is that some roosters will attempt to establish dominance over the others. If you have too many roosters, there is a good chance that problems are going to occur. Reduce the size of your flock and you can potentially cut down on problems.

Finally, you should be cautious about your rooster’s nighttime habits. Make sure that they’re not exposed to too much nighttime stimuli. Otherwise, they’re going to encounter more threats and that will result in more crowing.

No Crow Collars Can Help

If you’re worried about your roosters becoming an annoyance, you should definitely think about buying a few no crow collars. They can actually help. They’re safe, breathable and completely comfortable.

This will give you the ability to limit your rooster’s crowing so you can keep them at home at all times. Remember that there are several companies that make no crow collars. Do your research to ensure that you get one that is going to meet and exceed your expectations.

What Are The Quietest Rooster Breeds 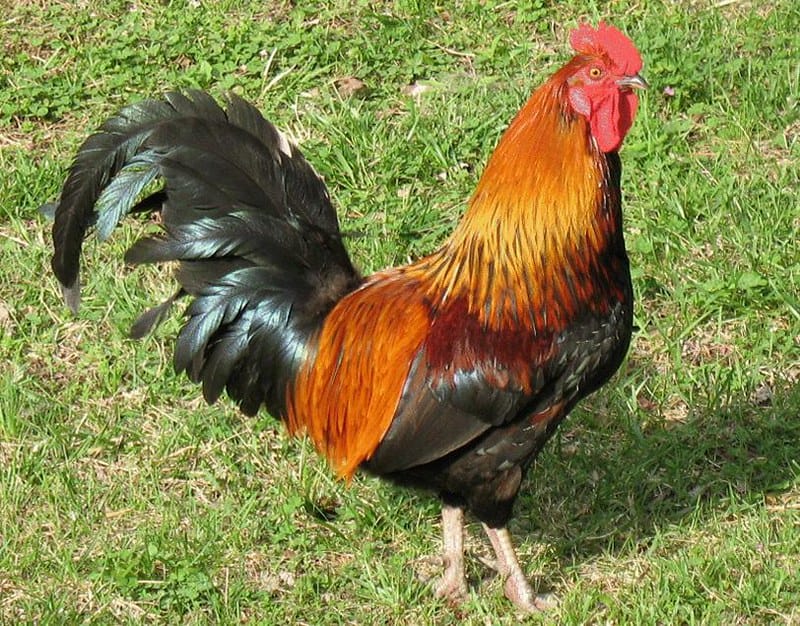 It is also good to know that some rooster breeds are actually quieter and tamer than others. If you want a much tamer rooster, you should definitely stay away from Rhode Island Red roosters. They tend to be the most aggressive. Silkie roosters are usually considered the tamest.

Just remember that the personality can depend on the rooster in question. And, personality can vary depending on the specific rooster regardless of breed. There is really no viable way to ensure that your rooster is going to be calm based on their breed.

At the end of the day, anyone who lives near a farm should expect to hear rooster crows. Farmers will have to contend with this problem. Thankfully, there are ways to limit a rooster’s crows. If you’re having problems with the neighbors, you should definitely use the aforementioned information to find out how to put a halt to the crowing.