Squirrels happen to be a member of the Sciuridae family. This specific group includes many rodents. Another thing to note is that there are several different types of squirrels. For instance, you have tree squirrels, flying squirrels, chipmunks, ground squirrels, and more.

Either way, squirrels are very intelligent. If you watch and listen to them, you’ll find this out very quickly. One thing that makes them stand out is the chirping. It is very common for squirrels to chirp. So, Why do squirrels chirp?

Experts believe that squirrels begin to chirp at the first sign of danger. This behavior is a warning to other squirrels that potential danger is nearby. While it is common to hear chirps from squirrels, it should be noted that they can make other noises as well. 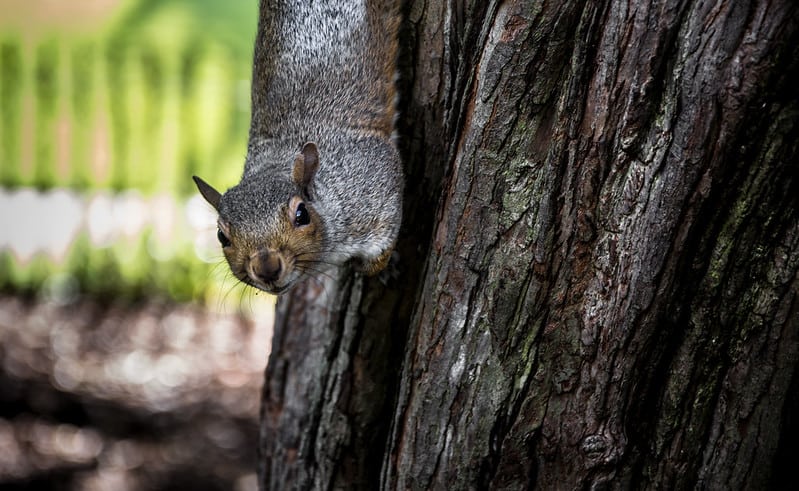 The noise produced depends on what the squirrel is trying to achieve at the current time. If the squirrel is frightened by something, there is a chance that it’ll unleash a small scream.

They can produce other types of sounds when they’re trying to warn other squirrels about predators in their territory. Baby squirrels will cry out to their mothers.

Finally, it is likely that you’re going to hear what sounds like a sneeze at some point. This tells you that it is mating time for the squirrels. Males will chase females and use sounds that resemble sneezes in hopes of getting attention.

Chirping is just one of the many ways squirrels can communicate with others.

have been studying squirrels for many decades. They are particularly interested in their behaviors. One such behavior is chirping. This is a strange noise that squirrels make from time to time.

If you are familiar with these mammals, you have probably heard them making a chirping noise.

Sciuriologists describe the noise as “screeching” or “chattering”. 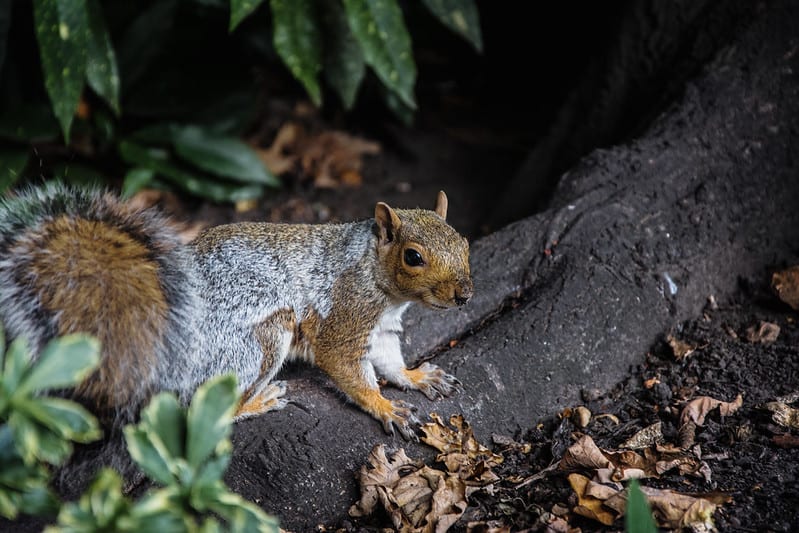 Some sciuriologists believe the chirping noise is also utilized as a defense mechanism. Squirrels are prey for larger mammals, such as bobcats, raccoons, weasels, and coyotes. Owls, snakes, and hawks also eat squirrel. All wild animals have natural mechanisms that are utilized in defense.

Squirrels utilize a loud chirping noise to alert of potential danger. The noise is also utilized as an “angry aggression” alert, according to Helene Lair, a researcher at the Universite Laval in Canada.

A squirrel will respond to other squirrels and mammals as they approach their home and food supply. The warning is an effort to deter other animals from approaching.

Lair also believes that some squirrel species utilize a loud “screech” and “rattle” to threaten intruders as they approach their homes and food.

Just about every species out there procreates. In fact, without procreation, there would be no spreading of the population. Most species would just cease to exist. There is no denying that mating is much different in nature than what you might experience in real life.

There is also no denying that it is somewhat similar. For instance, if a man wants to mate with a woman he will have to court her romantically until she agrees to the act.

This is somewhat similar in nature. The male squirrel will send out a mulk-mulk call when wants to mate with a female squirrel.

The mulk-mulk call is supposed to be somewhat of an imitation of a baby squirrel. The noise is meant to represent that the squirrel does not pose any threat or danger to the female. This call is much different than what you will hear when a squirrel is trying to defend his or her nest.

Heck, it is entirely possible that you will hear this mating call when squirrels are chasing each other around the trees.

When a baby gets hungry, sick, tired, or grumpy he or she will wail out to let you know that something isn’t right. Well, this is not an uncommon reaction for baby squirrels as well.

Of course, these noises and screeches can vary depending on the age of the animal, but most baby squirrels will use these crying hunger calls to summon their mothers and let them know that they are famished.

Squirrels usually have the ability to produce some form of squeaking noise by the time they are three days of age. Heck, by the age of three or four weeks these squirrels can full out scream.

There is a good chance that you probably won’t hear these noises from way high up in a tree, but baby squirrels will without a doubt be using them to draw the attention of their mothers.

There is no denying that squirrels are nimble and agile creatures. They have to be or they would end up on the wrong side of Mother Nature. Unfortunately, they are prey to so many animals that they always have to be on alert.

This is why when squirrels spot a threat like a snake, cat, or hawk they will make a barking alarm. This will almost sound similar to that of a low-intensity buzz.

Other Ways They Communicate

In this type of situation, they may wave their tail back and forth. This could intimidate the snake or confuse it. Either way, this form of communication gives the squirrel enough time to escape.

In some ways, squirrels are very similar to dogs. One way they’re similar is marking. Dogs and squirrels are going to mark their territory using scents. The scent can tell other squirrels many things.

For instance, it can tell them whose territory it is, their current stress levels, and even reproductive abilities. At a young age, squirrels will cry out for their mothers. If you notice any odd behavior from squirrels, there is a good chance they’re trying to communicate.

Ultimately, there are many reasons for squirrels to chirp. It is commonly used as a mating signal. It can also be used to let others know that they’re hungry. You just never know what the real purpose is.

However, the squirrels will. They’ll be able to determine why the other squirrel is communicating in this manner and they’ll respond accordingly.

Don't know the difference between a scarlet oak and a red oak? This blog post is for you! We'll compare and contrast these two types of oak trees, including their leaves, acorns, and more. By the...

When choosing a tree, it's important to know the difference between live oak and white oak. Live oak is known for its deep red or black color while white oak is mostly light in color. Other than...