are without a doubt one of the most interesting and sought after species in the world. Hunters from far and wide travel to the ends of the earth in hopes of bagging that prized buck. There even comes a time during the off-season when hunters become even more obsessed with collecting deer antlers.

There will be bleeding that occurs right around the exposed bone where the antlers come off. However, the deer isn’t hurt by this event. It is just a natural part of the healing process.

The blood will only continue for a short while before the area eventually scabs over. And, right as summer nears the deer will begin the process of growing new antlers.

You’ll notice that during the growing process the antlers start out as a velvet color. This is a sign that blood is flowing to the area and bringing along much-needed vitamins and minerals with it.

This is a process that can take anywhere from four to five months in its entirety. Once the antlers reach their full potential there will be a hardened bony ring that forms at the base.

This cuts off the blood flow to the antlers, ending the growing cycle and causing the antlers to shed their velvet color.

When Do Deer Shed Their Antlers 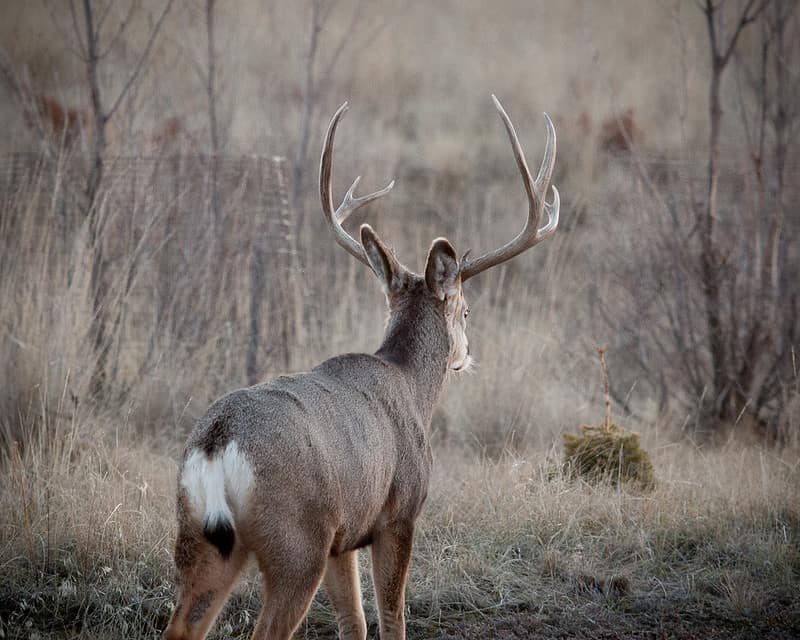 This one here really is the million-dollar question. Hunters from all around the globe scramble after hunting season to collect the biggest set of antlers.

Numerous whitetail deer experts have collected their fair share of antlers over the years, and they will all tell you similar things. It is really hard to determine exactly when a deer will shed his antlers, but some tips can help you get ready for the transformation.

How And Why They Shed Their Antlers

To understand when a deer is going to shed his antlers, you must first understand why a deer goes through this process in the first place. To answer this question, you have to consider what the antlers are used for.

They are simply used as a weapon during the mating season. You’ve likely come across an aggressive buck on the hunt for a female.

Heck, you’ve likely even seen deer fighting. They have an extremely aggressive nature, and this is the number one use for those prized antlers that you are after. What exactly does this have to do with the antlers?

During the fall, this is when the level of testosterone is at its highest. This is because this is the time of year when the females go into heat. As the mating season ends in the later months of winter, the testosterone level decrease naturally.

When this happens it creates the production of hormones. These hormones then reabsorb calcium from the pedicle. This is the bony area located right at the base of the antlers.

Naturally, as this area is absorbing calcium it causes the antlers to become weaker and weaker until they eventually fall off. It is important to know that the shedding of these antlers does in no way harm or cause harm to the deer.

On a scientific level, there are specialized cells known as osteoclast that are responsible for the reabsorption of calcium from the bony part known as the pedicle.

Why Deer Shed Their Antlers

You are probably still wondering why deer shed their antlers, and this is a fair question. However, it is not an easy one to answer from an evolution or scientific standpoint.

To start, there are several reasons hypothesis as to why this transformation takes place. The first is the toll that’s put on the deer’s body.

The male’s body goes through a pretty physical toll during the mating season. They will not only chase females to the ends of the earth, but they’ll physically fight anyone or anything that they think is a threat to preventing them from mating.

All these activities can be extremely physical and draining. When the process is over, the deer’s testosterone levels will decrease dramatically and things will go back to normal for him.

When The Shedding Takes Place 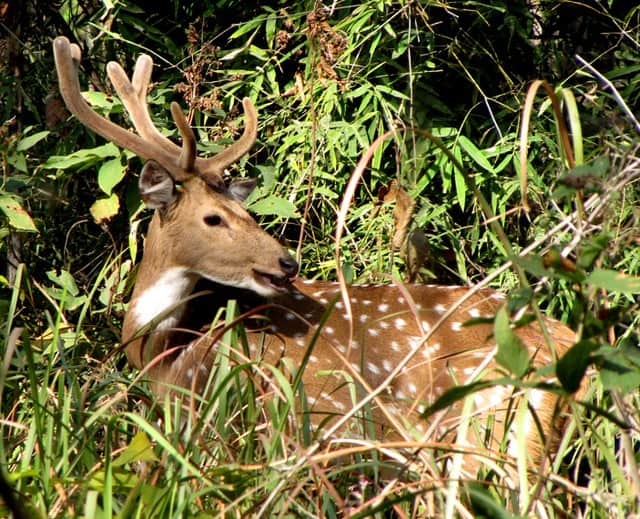 Now, back to the shedding. There are a number of different factors that can help determine when this process takes place.